A formal dinner in with our Society President Michael Attenborough in the magnificent Dining Room of Royal St George’s on the eve of the annual match versus the Rugby Meteors. Those assembled on the Friday evening celebrated the Old Rugbeian Golfing Society’s victory in the 2016 Senior Darwin at Woking in June 2016. Our team of Lyons, Stanbrook, Gabbey, Gilbert, Fraser, Hay and Hendry prevailed in the final against Tonbridge and so secured the salver for the first time since 2007.

The match of Saturday between the ORGS and Rugby Meteors was keenly contested as always. The weather was somewhat better than in recent years and the match was drawn after a compelling morning of links golf on this outstanding course which so many of those present relish playing whenever afforded the opportunity.

As usual the Saturday pre-lunch conversation about the golf that had been played and the wonderful lunch that followed left only a few stalwarts to play a few holes in the afternoon while many headed home having yet again enjoyed the pleasure of golfing as part of the Old Rugbeian Golfing Society.

This fixture will take place on Saturday 4th November in 2017. We hope to see you there!! 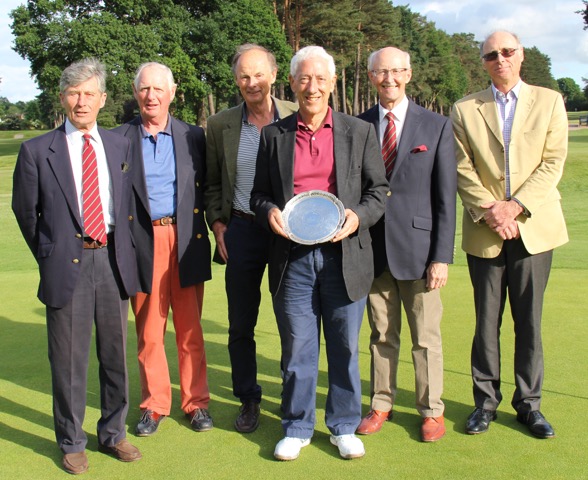