One of the early highlights of the ORGS calendar, the School and the Society were warmly welcomed by Woking Golf Club for our customary match on the eve of the prestigious 62nd Gerald Micklem Trophy.

Expectations on both sides were high, with banter in abundance following a most convivial lunch. The Society fielded a strong side to do battle with a senior school team and their masters in charge. With the majority of the School in their last year at Rugby, eight hard fought matches ensued. Whilst the Society were the eventual winners, the talent and team spirit of the boys was clearly visible and bode well for the rest of the week.

It was particularly rewarding to see all the School 2016 leavers eagerly completing their forms to join the Society in the bar at the end of the day, with one form in particular covered in beer (I mean coca cola!), which no doubt will be fast tracked.

We were greeted at Woking Golf Course by our illustrious ORs on the Tuesday morning and after an extremely convivial lunch we headed out onto the course for eight hard fought singles matches. The interaction between the ORs and their opponents was wonderful to see with plenty of banter and good humour. This is a vital sighting lap for the lads and we are truly grateful to the ORs and Theo Williams in particular for their generosity in hosting this annual match. Whilst the result is not of the greatest significance, on this occasion the ORs were victorious 7 -1.

We were due to meet reigning champions Wellington in our first round on the Wednesday afternoon and whilst we were clear underdogs hopes were high. Wellington fielded an outstanding squad of scratch golfers with their No1 being off a +3.4 handicap. Unfortunately the result was a rather disappointing although not unexpected 5 – 0 to Wellington. Whilst Wellington went on to win the Micklem itself on the Thursday afternoon, we had to concentrate our efforts on the plate competition.

We played Harrow on the Thursday morning and managed to win 3 – 2 with victories from Joe Phillips, Rory Farquharson and Harry Leadsom. In the final of the plate on Thursday afternoon were played Stowe and at the end of play were the eventual winners 3 – 2 with victories from Rory Farquharson, Harry Leadsom and Msistlav Kochkin. I am so proud to have worked with the current golf team. They are an outstanding group of young gentlemen who are a credit to the school. 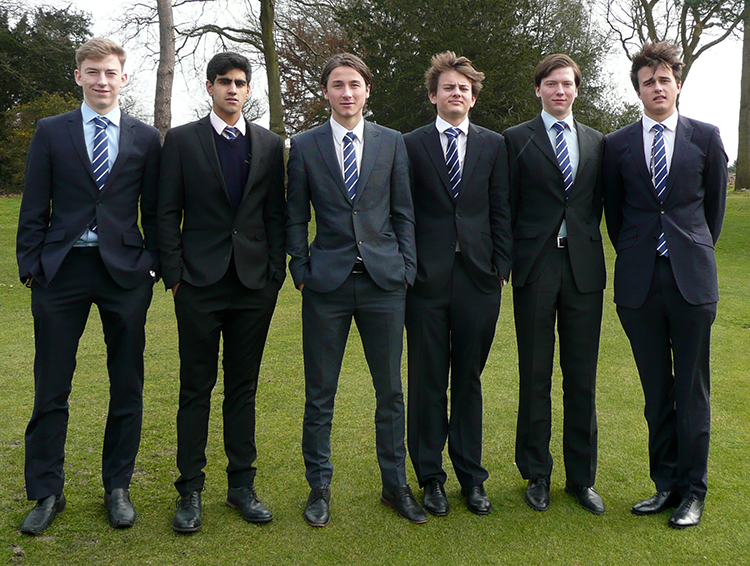