In accordance with recently established tradition the ORGS held its “informal” winter meeting at Burnham & Berrow on the first Monday of December in relatively mild, dry and blissfully still conditions. The course was as ever in superb shape as was the case with some but certainly not all of the golf.

Our convenor, “manager du jour”, was Colin Passmore, to whom we are all very grateful and who assembled a motley band of 16 golfers from various corners of the UK. The morning was consumed with a needle match on the Championship Course played under “holes up” rules between Team Fraser (led by the shy & retiring vice-president) and Team Hills (led by a very incompetent golfer). Passmore selected (or should one say, gerrymandered) the teams so that he was in Team Fraser which inflicted a crushing victory and the lunchtime wine bill on Team Hills.

The matches were as follows:

Unfortunately poor Lloyd, having come all the way from the Midlands, was felled by an Italian meal and forced to leave mid-round. Rest assured that there is no suggestion here of foul play by the winning team.

The evidence of imbalance is manifest. But the losers are too well brought up to seek a recount or an annulment.

A feature of the day was the introduction to ORGS golf of James Percival who had previously managed to survive 79 years without it. We hope that he will not be deterred by the appalling play of his partner in the morning and the quite extraordinary (even by his standards) post-luncheon exuberance of the vice-president.

The usual afternoon frolic was coordinated (or not) by the shy & retiring vice-president in the customary format of a 7 ball fourteensome on the Channel Course. The photographs indicate that anybody watching would have regarded this as more of a primary school outing than a dignified gathering of the alumni of Britain’s finest public school. Luckily in the gloom nobody was watching.

Needless to say, every hole in the afternoon was competitively halved as between each pair. The annual award for closest to the pin at the 8th was won in the twilight by Maisey who took home the half-drunk bottle of Kümmel out of which all contestants were obliged to drink a tot on the 8th tee.

A big thank you to Colin Passmore for arranging wonderful fun. 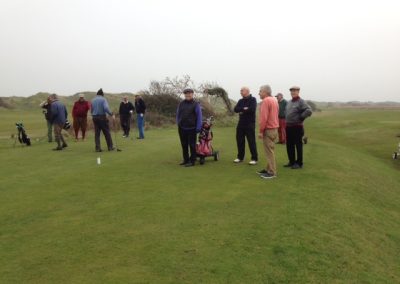 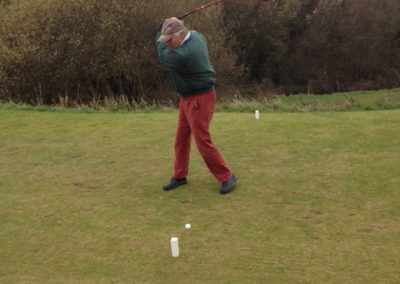 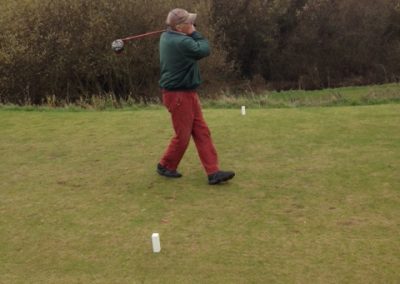 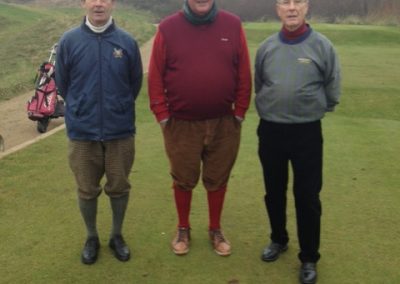 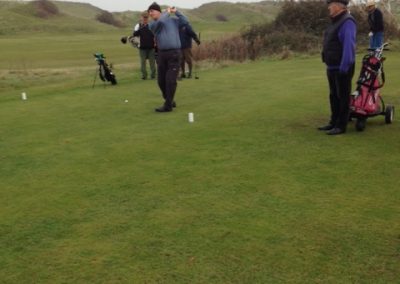 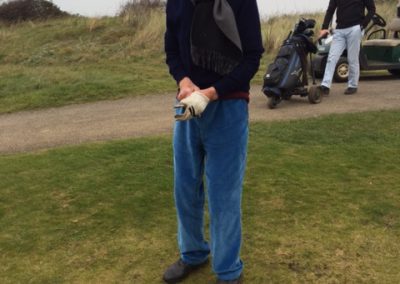 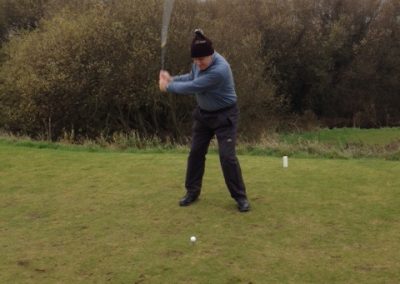 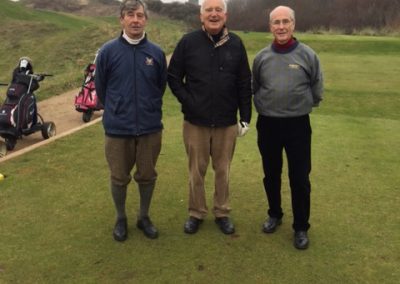 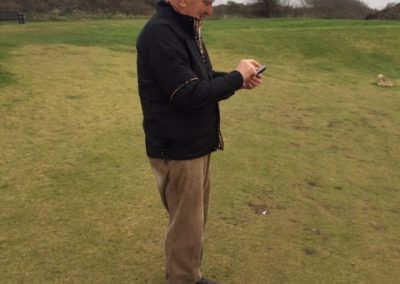 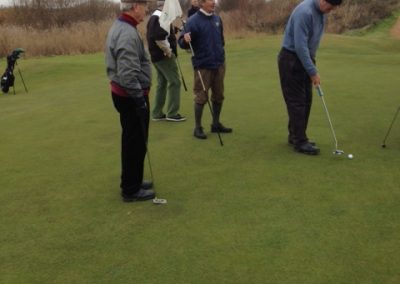 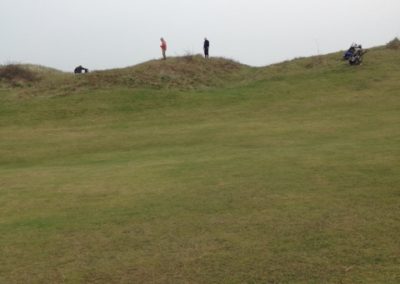 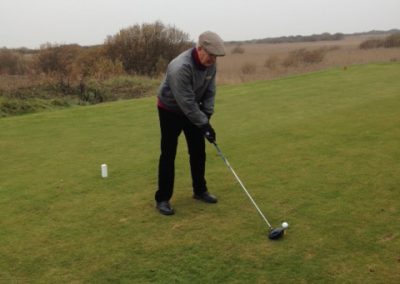 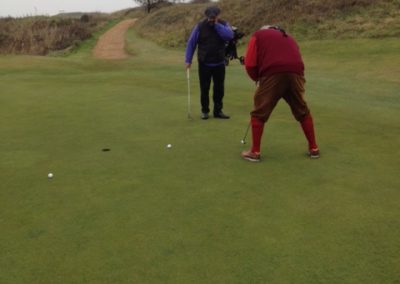 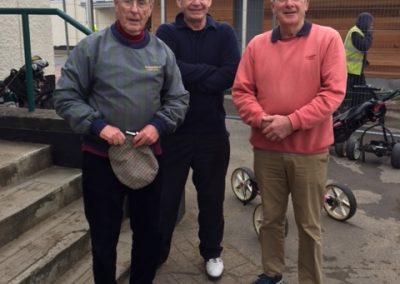 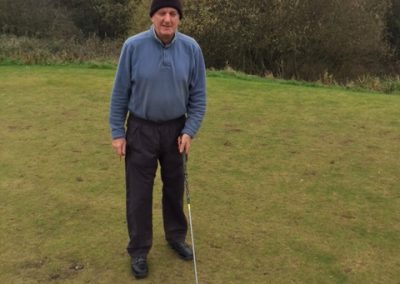 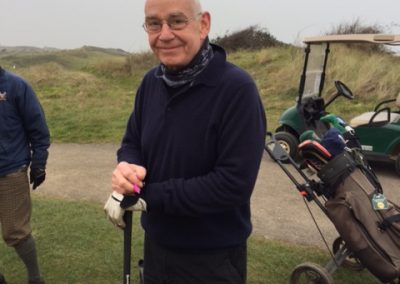 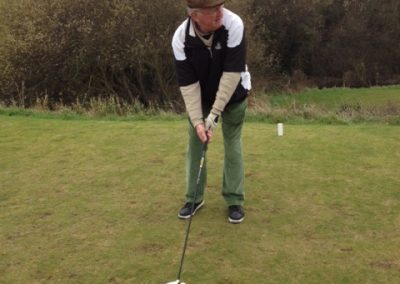 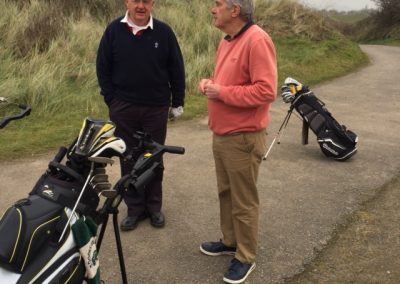 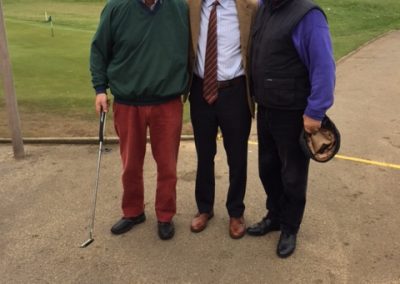 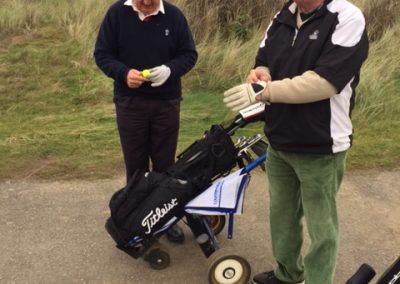