Bernard Darwin
There are three Darwin competitions, all played at Woking, between 16 schools.  The individual competitions are distinguished by the minimum age of the players who may comptete being, respectively 55 (Bernard Darwin – Rugby team Captain, Peter Stanbrook), 65 (Senior Darwin – Captain Robert Lyons) and 75 (Veteran Darwin- Captain Anthony Surtees).  The first two competitions are played as foursomes knock-out matches each rubber comprising 3 pairs.

Rugby were drawn against Radley in the first round of both the Bernard Darwin and the Senior Darwin.  In the Senior Darwin, we started as the Cup Holders.  Sadly, Rugby lost to in both.  Better news in the Veteran Darwin, where each school is allowed two foursomes pairs in a foursomes stableford competition, with Anthoney Surtees and Peter Mason coming fourth.

The Secretary of the Darwin competitions, Christopher Clarke (Radley), retired this year and Rugby made a presentation to him, informally as can be seen on the photo, for his hard work and friendship over the years.

Midlands Public Schools Meeting
This is a one day event, always played at Little Aston and this year just two days after the course had hosted a regional qualifier for the Open.  The main prize is in the morning round where the best three scores (each school is permitted to enter five stableford pairsbut must enter three pairs to compete) count.  The afternoon round of 15 holes is a separate competition for the individual pairs.

Unfortunately, the Rugby pairings had to be adjusted due to some last minute withdrawals, which probably cost us a few points; and the persistent drizzle for the morning round made the greens very difficult for those (ie Rugby) with an early starting time.  Rugby’s score kept them in the pack, an improvement on 2016 but well behind our very good showing in 2015.  Our scoring was better in the drier conditions in the afternoon, but no individual prizes were won.  Our players were Paul Wilson-Gunn and Jon Thompson, Charles and Toby Carver, Richard Jones and Rob Prior, Richard Caley and Tim Watts. 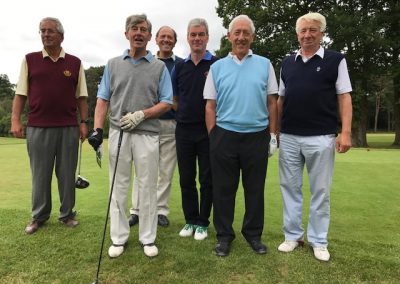 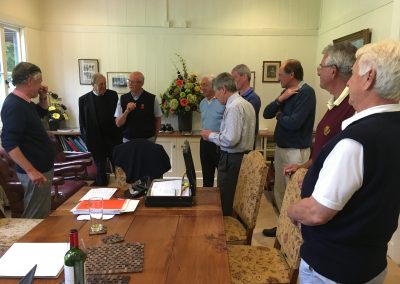