The 2017 Northern Meeting of the Old Rugbeian Golfing Society saw participants return to Alwoodley Golf Club. This fantastic course was established in 1907 over a layout created by Dr. Alister MacKenzie on land which was originally part of the Harewood Estate. His prowess was immediately established and he went on to design a number of masterpieces including Augusta National, Cypress Point and Royal Melbourne.

Richard Jones triumphed playing his own ball on Wednesday afternoon. The morning round saw Richard Jones and Robert Prior home as winners and in the afternoon Jamie Clark (our Captain) partnered Richard Jones to a third win in three rounds. It was therefore no surprise that Richard Jones won the Northern Cup for 2017 and in the Booth Osborn (open to those over 55) with Richard Jones ineligible to compete the winner was Antony Aitken.

The Annual Dinner of the Northern ORGS took place on the Wednesday evening at Piccolino’s where those assembled enjoyed stimulating conversation, a few bottles of wine and two tasty courses of Italian food.

The Northern Meeting for 2018 has yet to be confirmed and it may be that we return to Ganton although exploratory work is underway to see if we might move to the North West with Formby certainly under consideration. The Northern Secretary will also ponder whether to maintain the new midweek status or whether we should return to the traditional Friday and Saturday. Please do let Robert know your preference if you are interested in playing next April/May in the 2018 ORGS Northern Meeting. 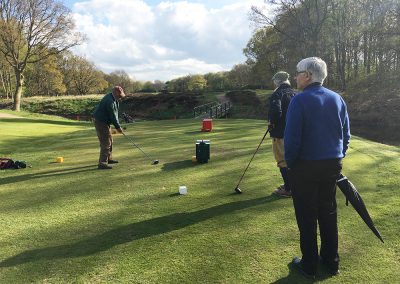 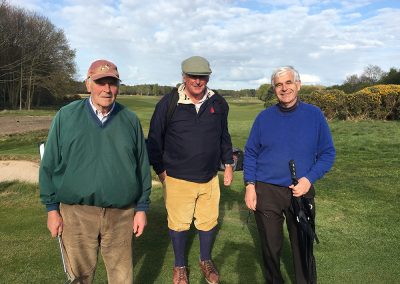 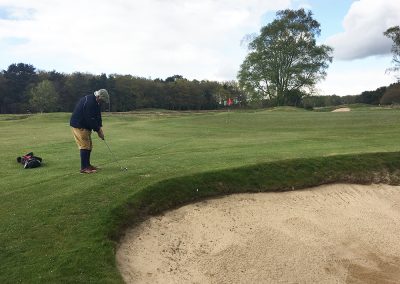