The Clash of the 16 ORGS Titans arranged with such great skill by our organiser, Colin Passmore, took place in ideal conditions on a course in impeccable shape and that’s pretty much where the good news ends – so far as the performance of the V-P’s team is concerned! 7/8th performed pretty well, but were they let down by their leader? Yes, cataclysmically! His excuse was a mystery and unexplainable injury which really did nothing to help his game. Be that as it may, Past Captain Nick Hills together with his Band of Brothers, John Roberts, Johnnie Hobson, Martin Lee-Warner, Richard Lloyd, James Perceval, Bertie Garforth-Bles and Colin Passmore put Team V-P to the sword and were rewarded with free wine at lunch – and if one was to throw winging criticism at our organiser it was his enthusiasm for demanding further supplies as lunch progressed! And guess whose team he was on!

A truly brilliant day and a delight to be reunited with so many for this fun ‘match’ and to welcome newcomers. It is hard to have more fun – and lose! Thanks, Team V-P (Tim Hobson, Tim Watts, Antony Aitken, Robert Prior, Peter Stother Smith, Charles Walker and Charles Maisey).

After an excellent lunch, it was time to test the patience of the remaining 15 players all of whom converged onto the 1st Tee of the Channel Course. New rules by the V-P did not prevent another halved/no win/no lose result (with one exception – ignored – of Hills & Hobson J).

The short 8th had no fewer than 15 missiles launched at the green in the near-dark. Perhaps that was the reason so many hit the target! A near dead-heat for ‘nearest the pin’ between Nick Hills (not him again!) resulted in a win for Peter Stother Smith. Well played!! His reward? An almost untouched bottle of Kummel (less a taster sample to prove its authenticity!).

Thank you Colin and all you stalwarts for making the effort to do battle and have fun. The V-P has consulted various psychos in search of a cure for Post Traumatic Thrashing Syndrome, only to be given the order of the boot and told to take up clubs to do battle again next year. An absolute must!! 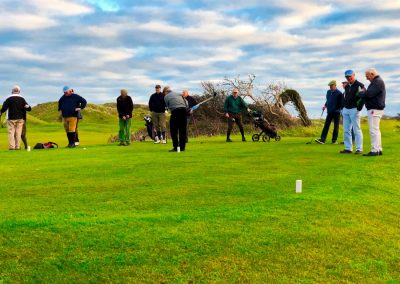 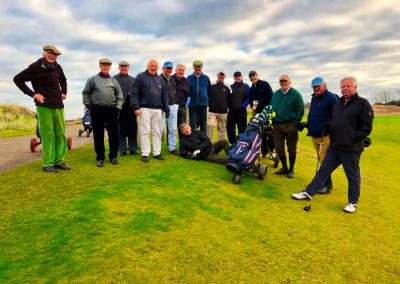 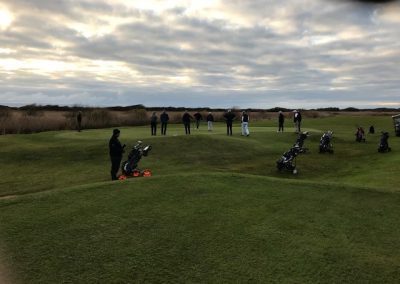 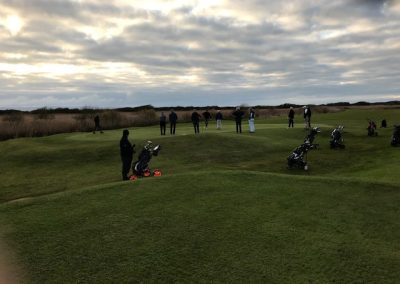 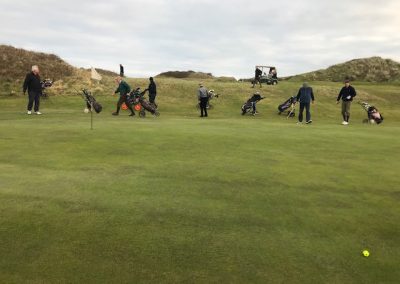 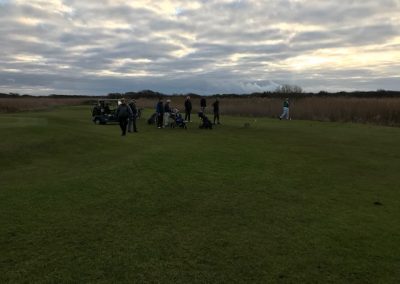 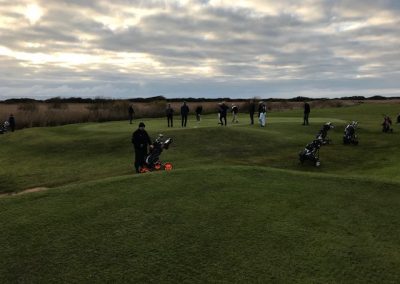 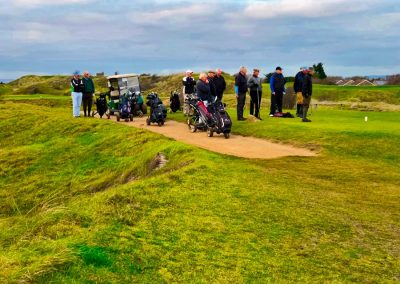 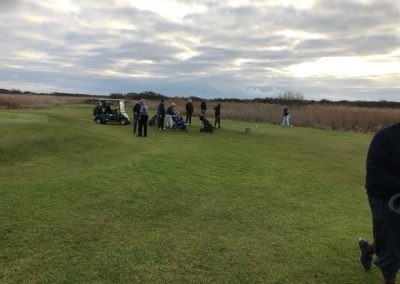 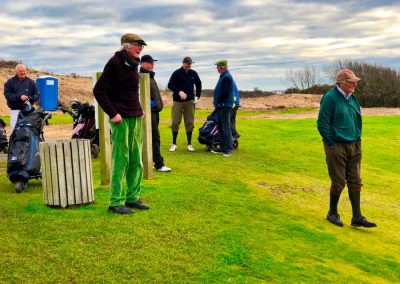 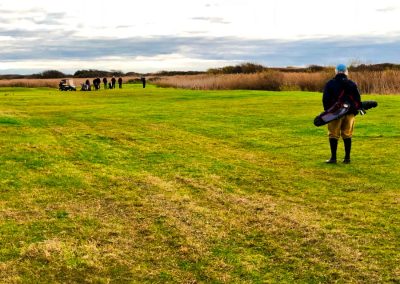 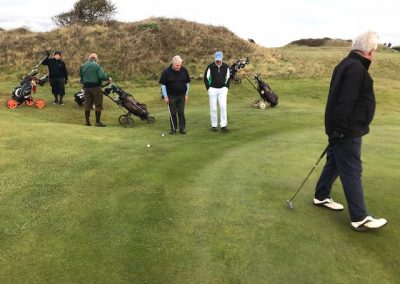 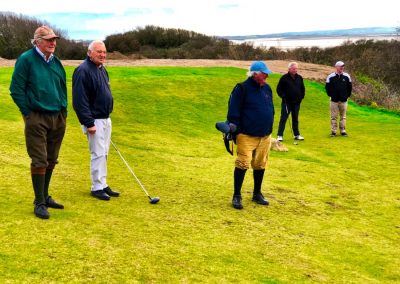 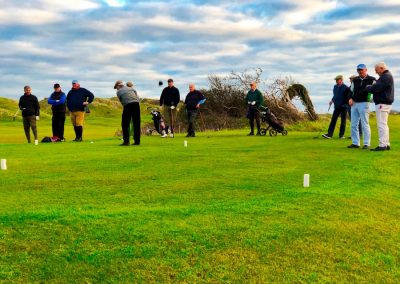 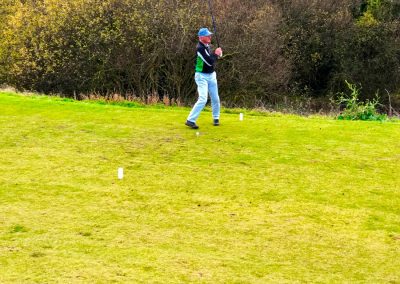 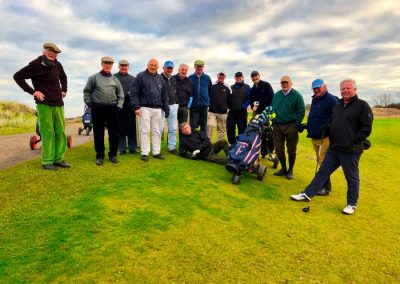 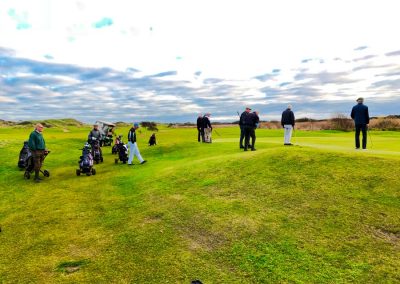 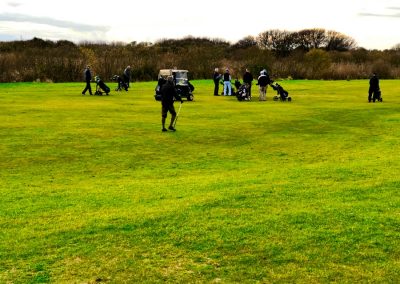 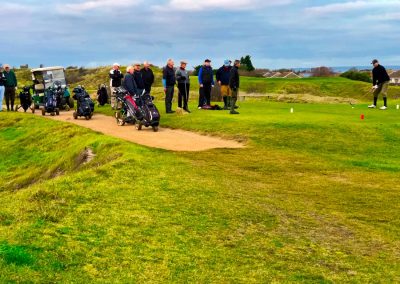 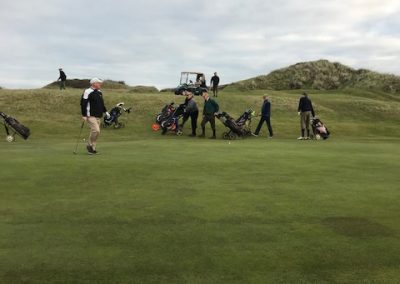 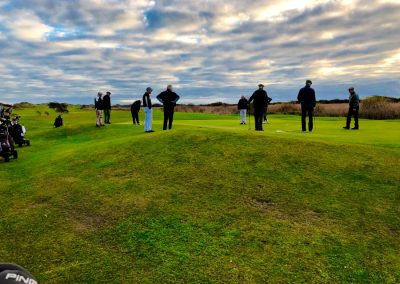 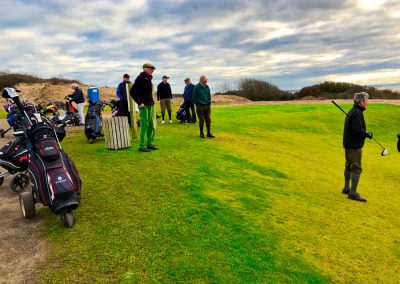 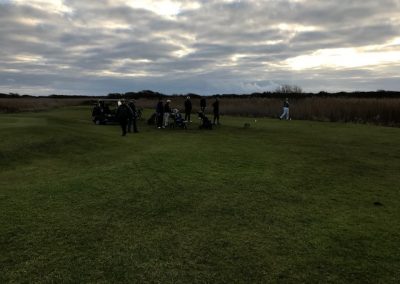 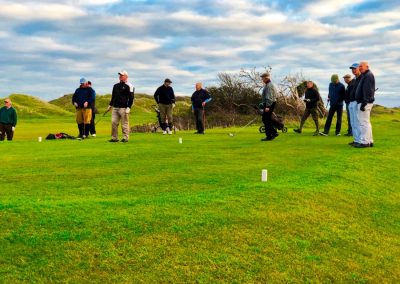 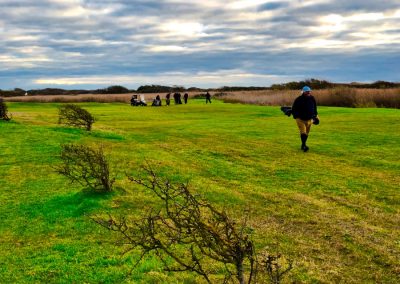 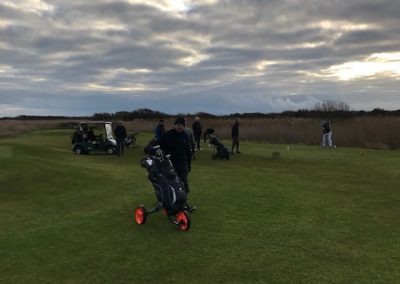 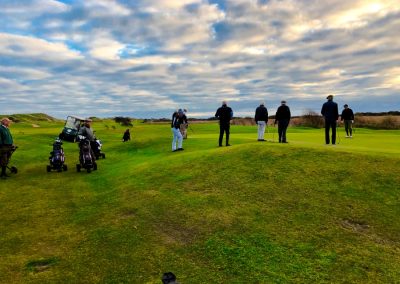