Formidably organised by Christopher Gabbey (to whom we owe our thanks) this annual event was as enjoyable as ever –notwithstanding the latter part of the morning’s activities being conducted in monsoon conditions.

As is traditional the match took place on the Championship Course in the morning and (as is equally traditional) Gabbey exercised a degree of geographical poetic licence in allocating the teams.

However, form was reversed and the South-West avenged their two previous defeats and secured the Barron Trophy for the first time by 2 ½ points to 1 ½ points.

The matches were as follows (South-West names first):

The course was in exceptional condition; and having dried their exteriors the players embarked on lubricating their interiors over a very respectable lunch.

The afternoon as usual involved an eccentric activity – this time a five ball tensome on the Channel Course in benign if breezy weather. This involved some remarkably accomplished golf and the competition (such as it was and managed & gerrymandered by the ever-unassuming Vice-President) resulted in a tie between the Fraser/Strother-Smith combination and the Gabbey/Hills team.

The regular Kümmel prize for closest to the short 8th was won by Fraser who failed to disguise his happiness at doing so.

Great fun as always; and it is worth recording that this is a very inexpensive day’s golf – for non-members a green fee of £30 + lunch & drinks at £31.

So we shall hope to see another good turnout for the informal Christmas Meeting at Burnham & Berrow in December which is managed by Colin Passmore. 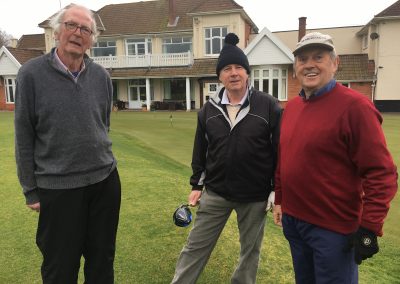 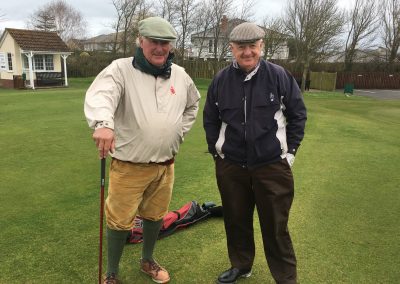 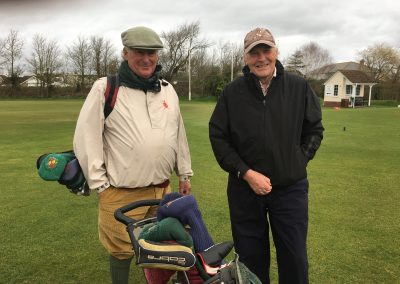 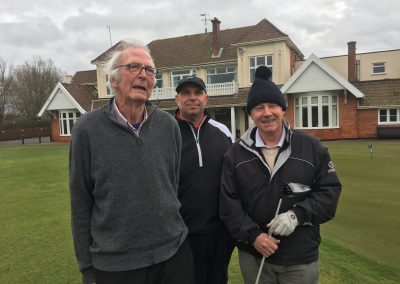 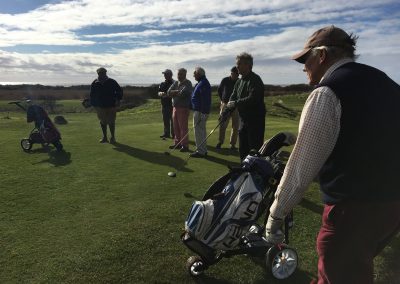 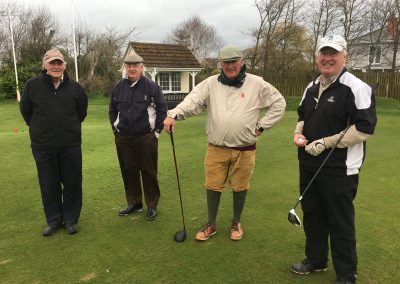 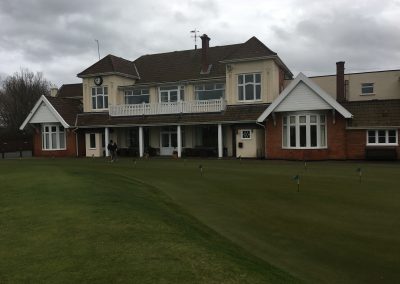