First, in early August, six fine men from Royal North Devon (RND) headed east at my invitation and a match was arranged for them at Rye. I raised a team of six ORGS/Rye members, Jamie Clark, Clive Pickerill, Tim Watts, Antony Aitken, Charles Maisey and myself – all ORGS stalwarts.

We lost – 2 matches to 1, Aitken and Pickerill being our winners. Watts & Clark and Maisey & Hills were defeated by the very steady RND men, most of whom play on average 6 days a week.

I have been asked to take a small team to RND early next August for a return match – and will ensure this is entirely made up of ORGS/Rye members.

At the end of August eight of us went to Royal Porthcawl, I think, for the third time. This year, our dear friend and former host, Gareth Griffiths, has departed in perpetuity to play golf in the Elysian Fields and we duly observed his memory before dining. But this in no way diminished the enjoyment which was proceeded with just as he would have wished it.

This is a dead man’s shoes fixture because the club, course and company (including the refreshments both solid and alcoholic) are of unparalleled attraction. This year the team comprised Antony Aitken, Colin Passmore, Jamie Clark, Martin Lee-Warner, Rob Prior, Peter Strother-Smith, Tim Watts & myself. Our quiet and retiring Vice–President, a former regular for this event, had “gone sailing” and will need to play himself back into the team.

On the first afternoon each of our pairs, Aitken & Lee-Warner, Passmore & Strother-Smith, Clark & Prior, and Watts & Hills were all victorious … a very unusual ORGS state of affairs.

News of the West Indies Test Match success afflicted two of our second morning pairs: Lee-Warner & Prior and Passmore & Hills (whose round probably qualified them for bunker raking jobs at major championships). But the sturdy Clark & Strother-Smith and Aitken & Watts held firm and secured a victory for the ORGS.

Plans are afoot for ORGS/Rye members to reciprocate hospitality at Rye next June but this will not be an alternative to the Porthcawl visit scheduled again for the end of August 2018 … but selection for Porthcawl remains very much “dead man’s shoes”.   Fraser … to note.

There is much to be said for “informal/unofficial” matches against members of friendly and prestigious golf clubs, which, if developed, may well further enhance the joys and conviviality of ORGS golf without involving enormous green fees, even though our invariable practice is to pay for our hosts’ wine at lunch or dinner. 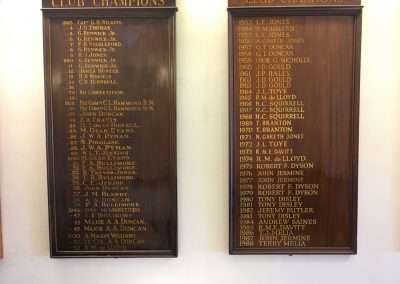 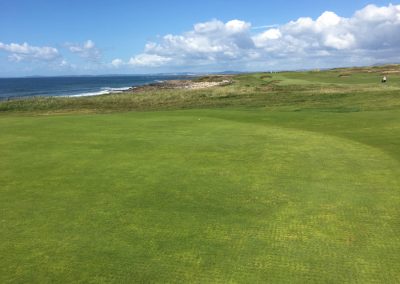 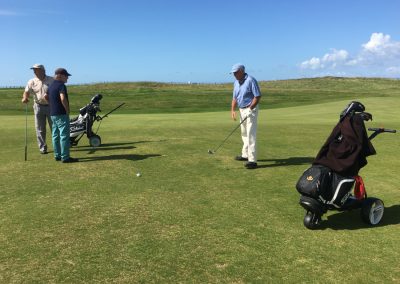 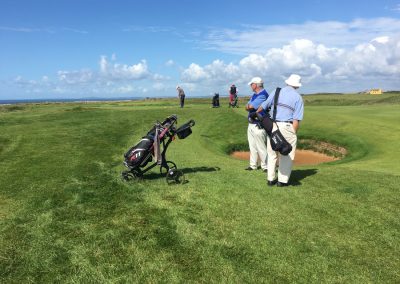 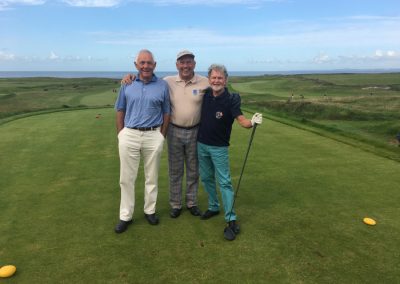 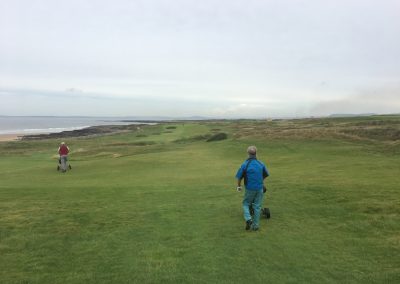 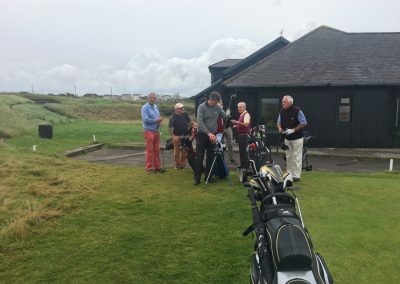 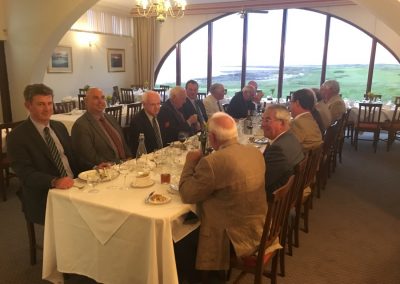 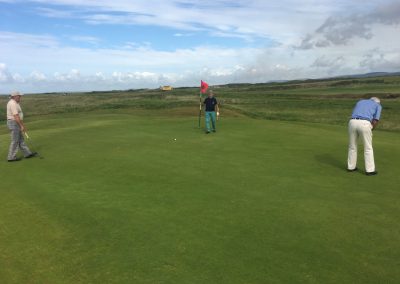 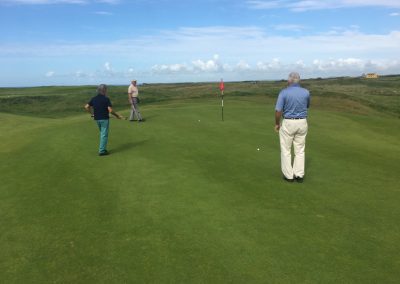 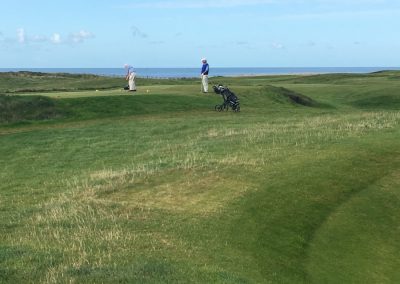 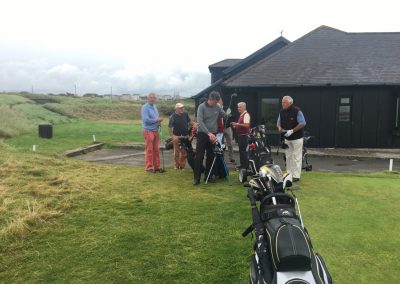 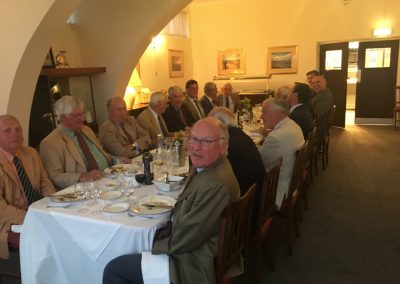 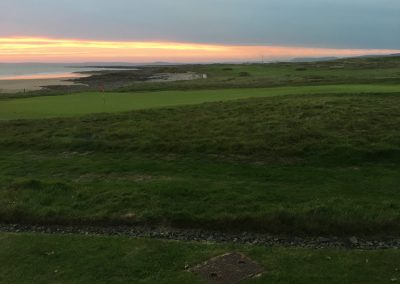 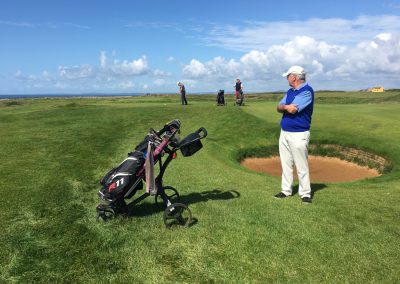 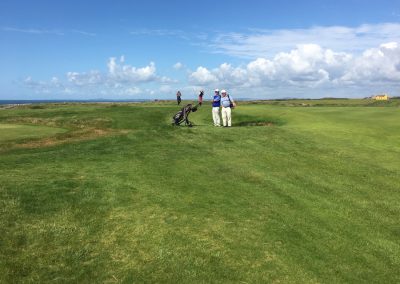 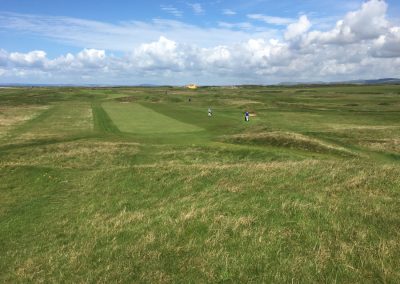 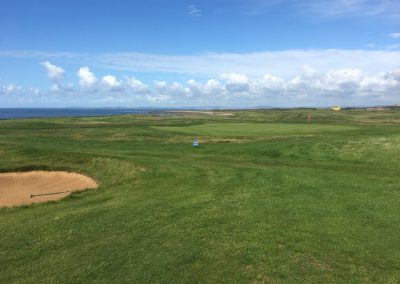 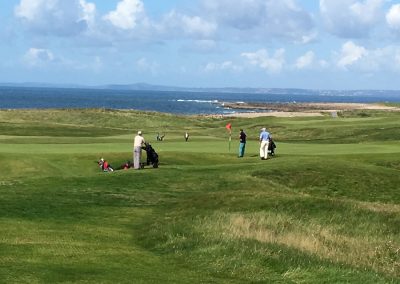