On a sunny but windy Saturday the 30th June four teams of six players, alumni of Eton, Harrow, Rugby and Radley assembled on the historic links of Royal St George’s to compete for the prestigious Johnson-Gilbert Challenge Cup, an annual fixture played over 36 holes.

Our two matches, both won 2-1, were against Eton and Radley, and after consideration of the number of ‘holes up’ achieved, Rugby were declared overall winners; thus the Cup can genuinely be considered to be ‘coming home’. 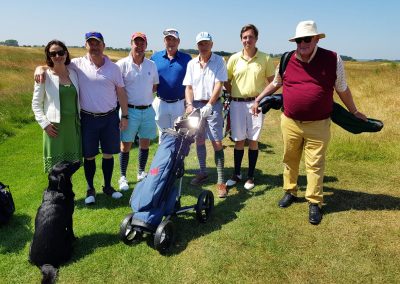 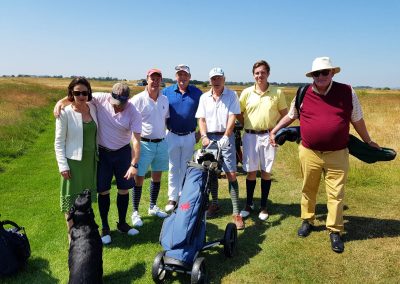 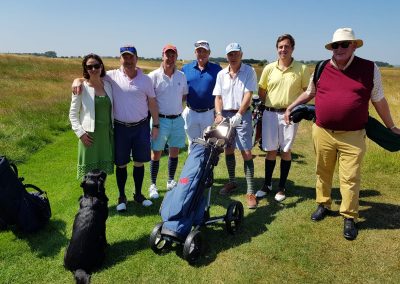 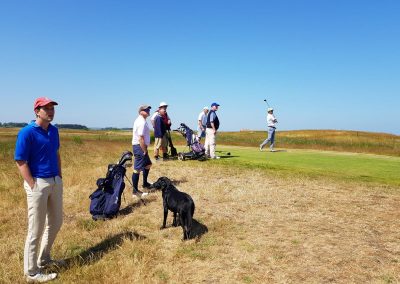 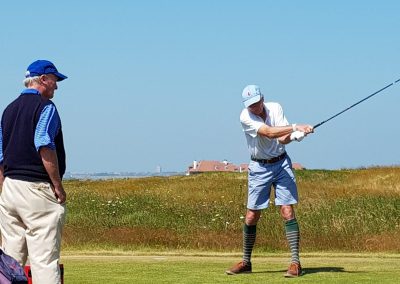 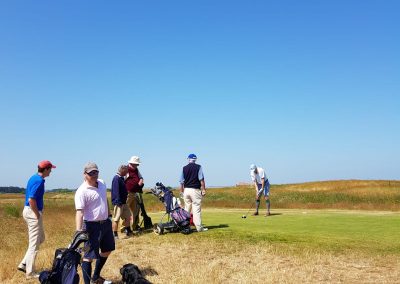 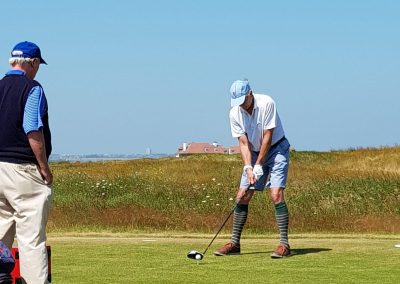 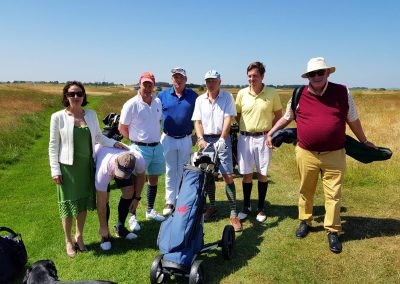 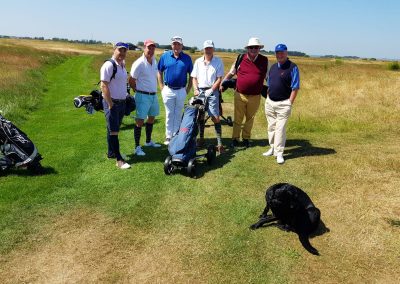 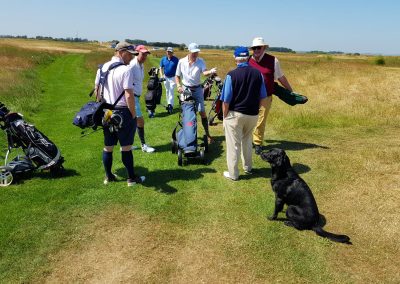 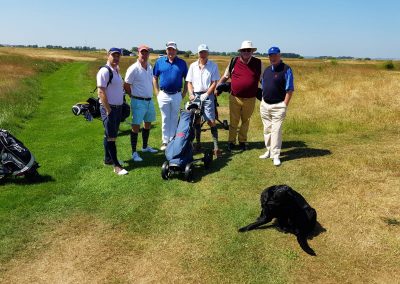