Monday 2 December saw OR golfers assemble again at Burnham & Berrow for the annual end of season frolic; and it is a massive tribute to Manager Passmore’s exceptional personality and skill and to the quality of this magnificent links that 24 players confirmed their attendance and 22 turned up (one crying off through illness for which we all wish him a speedy recovery and the other being a no-show).

In honour of Passmore and the golf course we were not only blessed by the weather gods with divine weather (sunshine and no wind) but also the presence of the stand-bearer of ladies’ golf in the ORGS (Rebecca Garner) and no less than four sub 25 year old rookies (Will Lowe, Sam Phillipson, Ben Wilmot-Sitwell and Marcus Hunter). Rebecca shared with the effervescent Vice-President the first prize for sustained chirpiness and Sam won the prize for the ORGS bandit of the decade.  It was a really welcome development to include these sublime golfers and we hope that they will make many repeat appearances at Old Rugbeian Golfing Society events.

The golf followed the usual routine with a match (contested on a holes-up basis) between a side nominally led by Jock Fraser and a team badly led by Nick Hills, the penalty for defeat being the cost of the wine at lunch. The teams are believed (although there is no verification of this) to be drawn out of a hat by the Manager and the pairings are cunningly selected by the team captains. Once again, the Manager contrived to be on the winning side (team Hills) and hence to select and to indulge in appropriate wine for his renowned pallet at lunch. The victory was by the narrowest of margins (10 ½ to 9 ½) and rumour has it that both team captains excelled themselves in their munificent and selfless efforts to clutch defeat from the jaws of victory. The decibel level at lunch certainly broke the sound barrier and put at risk the fabric and structure of the clubhouse.

The morning matches (team V/P named first and victors in bold) were:

Tradition also requires that the Vice-President is let loose after lunch to conduct the antics on the Channel Course, which, after a fair draw, produced some talented pairings who set forth in two flights in the cold but beautiful impending twilight. The first flight comprised a mere four ball eightsome and whizzed round; whilst the second flight comprised a six ball twelvesome which, notwithstanding the progress of the crocodile of players down the 9 fairways, managed to beat dusk.

Tradition also dictates that (whatever happens) the Vice-President claims victory in the afternoon and that the whole purpose of this exercise is to reach the very short eighth where all players are required to try to get closest to the pin. None of the twelvesome got anywhere near the green but Nigel Cadbury from the first flight did find a corner of the lawn and was duly rewarded with a bottle of some harmful beverage.

These events at Burnham & Berrow (in December & March) are always exceptionally enjoyable and because of the now large number of ORGS men who are members of the club (soon to be augmented by Lowe, Stubbs & Staunton) the golf is very reasonably priced by comparison with other venues. Do apply to Christopher Gabbey for the March event (Monday 16 March) and also for all the other ORGS fixtures which can be found on the ORGS website. Do not wait to be invited ! 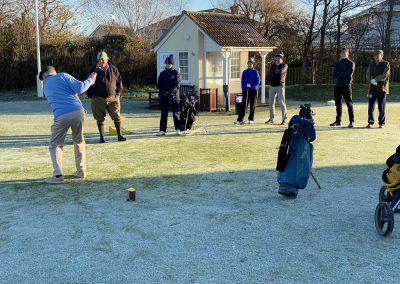 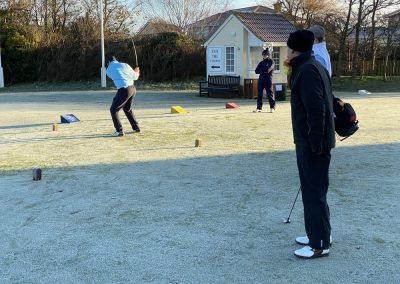 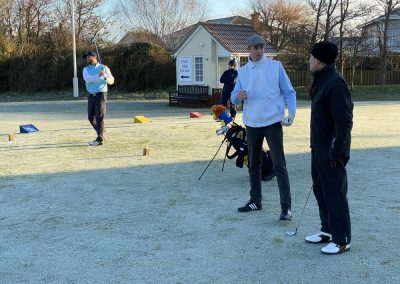 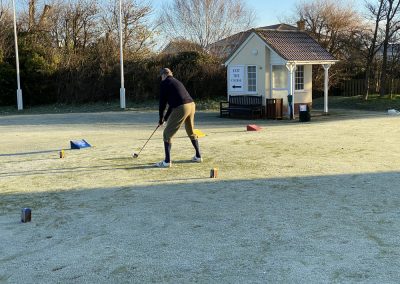 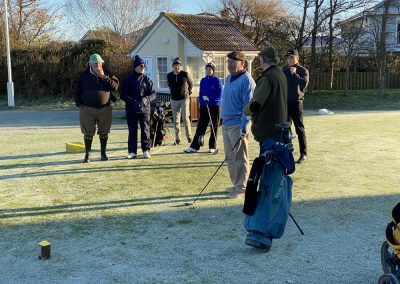 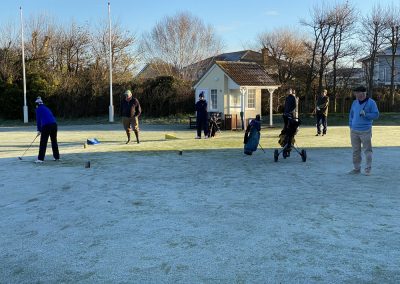 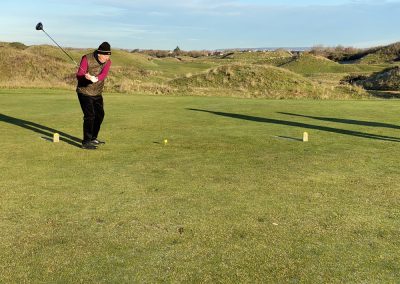 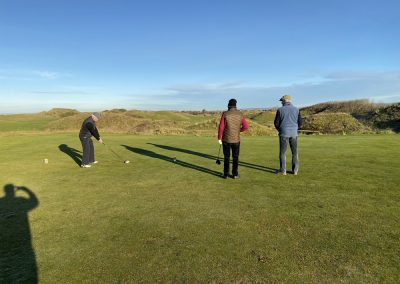 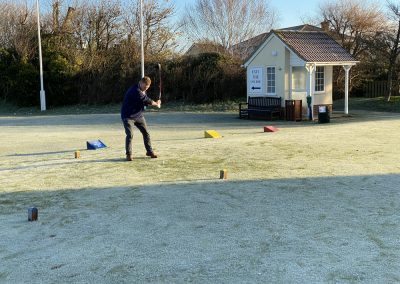 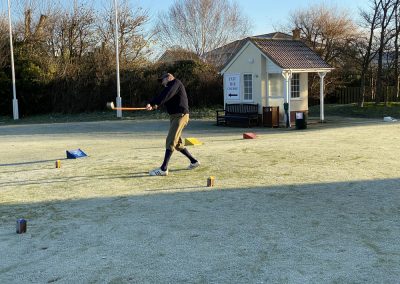 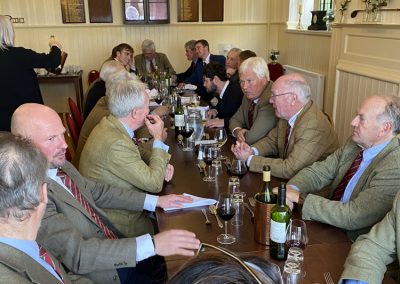 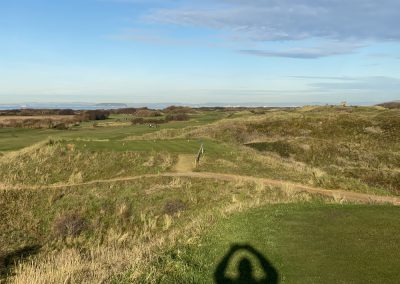 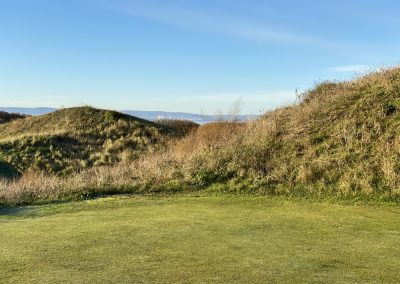 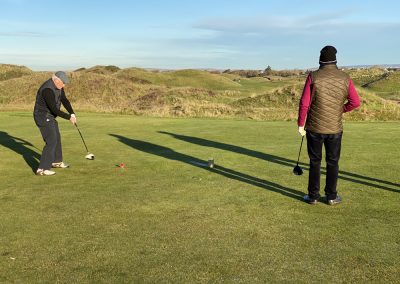 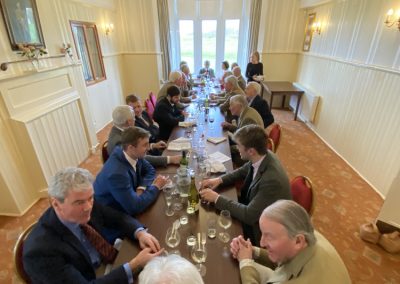 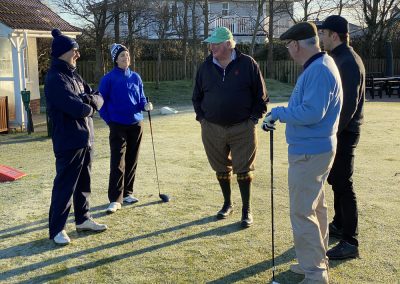 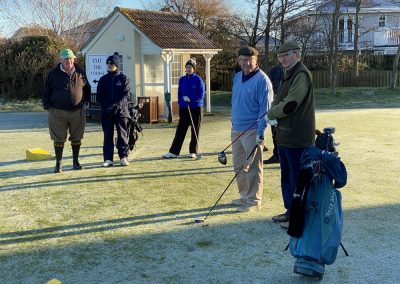 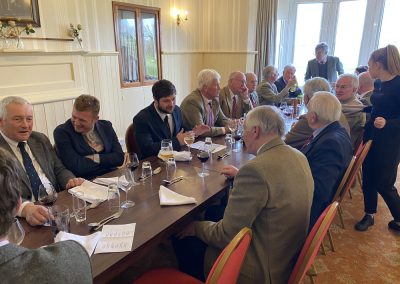 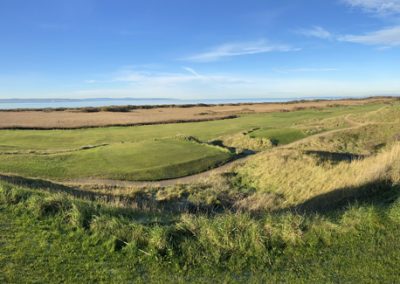