Given our low numbers, the fact that the Old Uppinghamian Golfing Society only had 3 and that Henry strained a back muscle on the 8th and could not continue – there was no overall “match” as such, but we all enjoyed our day’s golf. A particular highlight for me was watching the current Hon Sec (Tim Watts) finish one under par gross on the testing 17 and 18th

The format of golf played in our annual match against Uppingham is unique, at least it is for the ORGS.

The match is played using the four ball better ball format which, while it is a format now very often played generally in golf, is not played otherwise in the ORGS which remains a foursomes society. 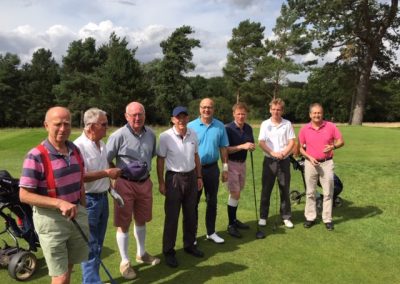 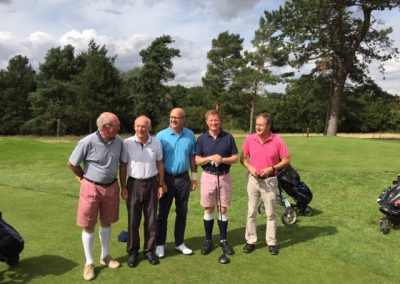