This match took place in glorious Spring golfing weather on the challenging links of RND which are in spectacular condition – especially the greens which are firm, true and fast.  RND is a golfing paradise and our hosts are by any standards supremely hospitable, friendly and cheerful. The photographs demonstrate the extent of the fun.

However, around their own course the RND men remain rather too good for us at golf and we were again soundly beaten although we did manage to secure a point (through the skills of the Hon Sec) in both sessions and with one exception all the other matches extended competitively into the last two holes. RND is a course with which one needs to become familiar and the ORGS team is clearly gradually getting more familiar with it.

Sadly the match manager, Colin Passmore, was insufficiently recovered from his recent illness to lead the team which required the services of a very inadequate deputy; and the ORGS Captain, John Newton, likewise was still off games with his broken collar bone. Additionally, Dick Ford, the RND team captain was unable to play because of family illness. Each of these stalwarts was much missed.

Our pairings on Tuesday were Jock Fraser & Bertie Garforth-Bles, John Roberts & Tim Watts, Charles Maisey & Christopher Gabbey, Charles Walker & Peter Strother-Smith, and Nick Hills and Jonothan Ward (a guest star from Burnham & Berrow who kindly stepped in and played very well but was unable to coax his partner to a successful conclusion). In this last match we were also beguiled by a charming Egyptian doctor with a handicap of 20 and a short game of which T Woods would be proud.

On Wednesday morning Gabbey played his own ball, Roberts played with Walker, Maisey played with Fraser, Strother-Smith played with Watts and Garforth-Bles played with Hills. Rumour has it that there was quite a lot of clutching defeat from the jaws of victory …such is ORGS golf !

On the Tuesday evening a formidable and delicious dinner was enjoyed by both teams in the RND clubhouse and our team as usual was billeted in Appledore (7 in the Seagate and 2 in the Royal George). It is understood that under sedation the team slept very well – mainly in their bedrooms although one senior ORGS officer also slept very comfortably in an armchair in the bar, where in the late evening the Seagate’s bar profits were heavily boosted by a reunion of four School Field drinkers.

All very good fun and we look forward now to entertaining the RND men at Rye in October and very much hope to be invited back to Westward Ho ! next April. RND may be a long way west but it really is worth the journey – for the golf and the conviviality.  The clubhouse is a treasure trove and we were able to point out from the relevant results board that RND’s big open competition was won in 3 consecutive years in the 1960s by one or other of our President and John Bevan. 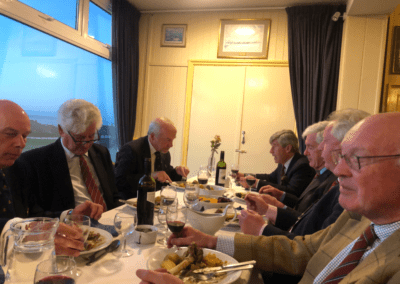 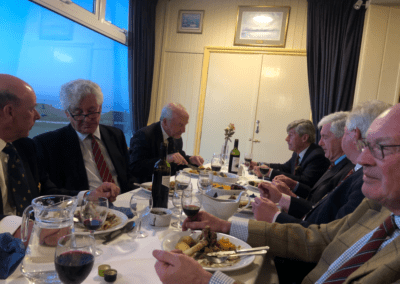 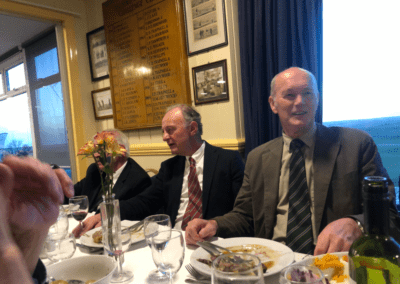 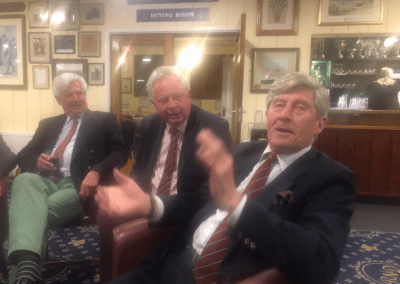 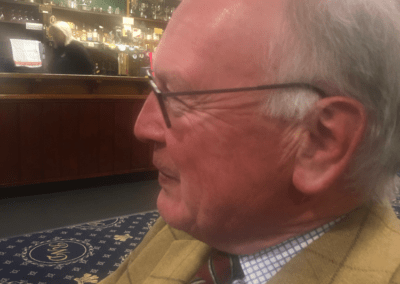 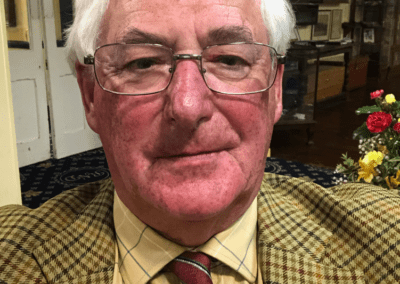 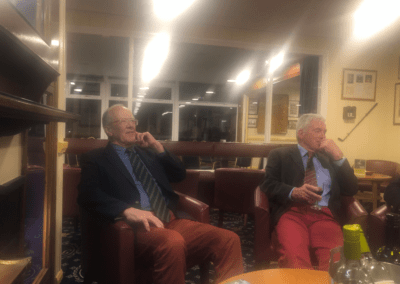 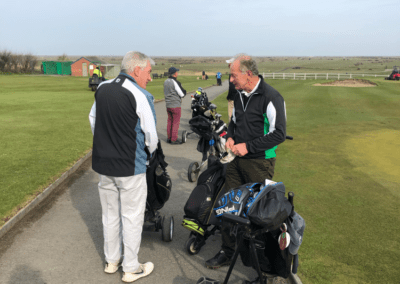 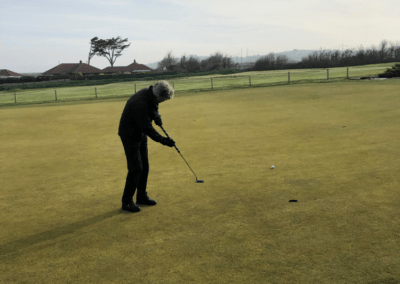 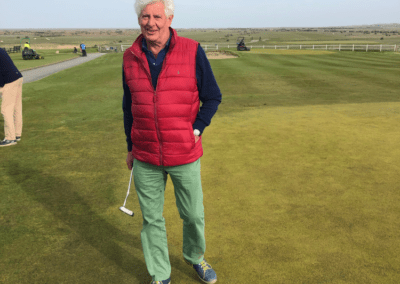 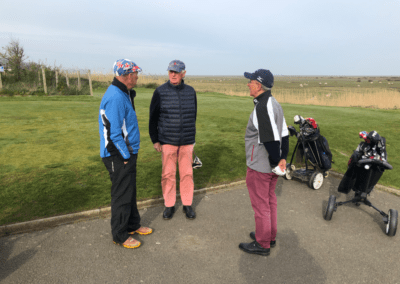 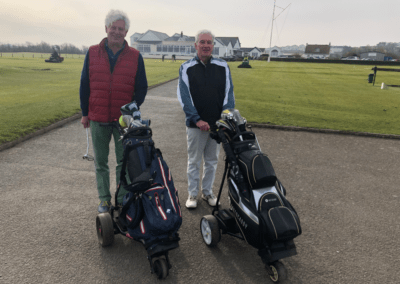 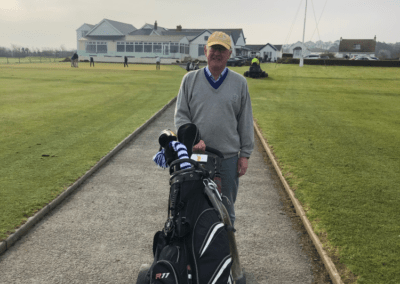 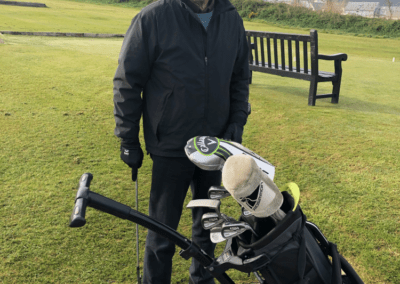 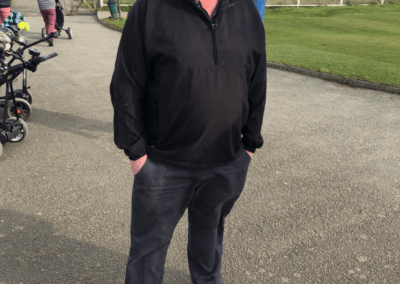 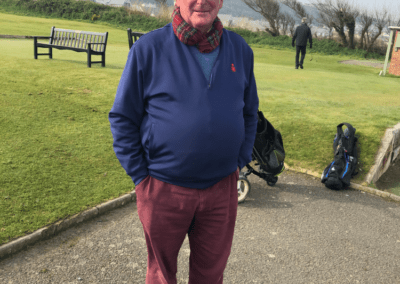 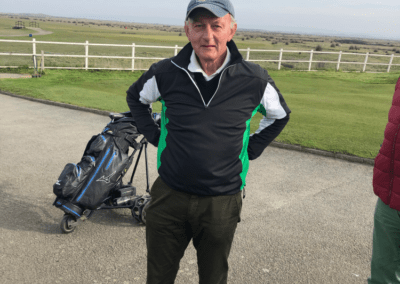 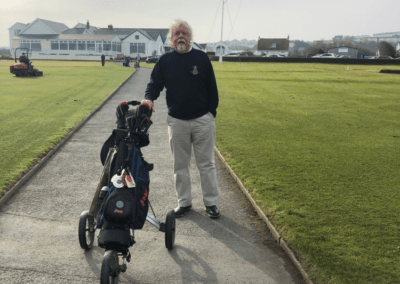 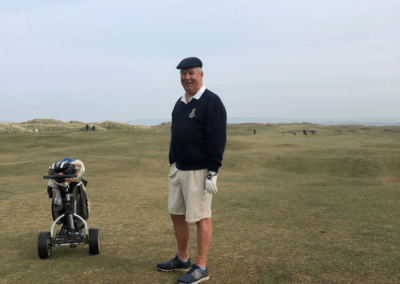