A match between Rugby and Marlborough was agreed last year by the then Captain of Rye, Simon Compton, a Marlburian which was to be limited to former pupils who were members of Rye. This was played on Sunday 28th April in benign conditions with Clive Pickerill organising the Rugby side (but lending himself to Marlborough for the morning round they having had a last minute withdrawal).

The match format was foursomes, of course, with 18 holes played in the morning and 9 after lunch. Although still suffering from his broken bone, the ORGS Captain John Newton joined everyone for lunch, and it was a particularly jolly lunch at that. Despite Clive’s point for Marlborough, Rugby took a small lead in the morning and improved on that lead in the afternoon to win the match.

It is intended to repeat the match again in 2020 it is hoped at the same time – the last weekend in April – and perhaps with a few non-Rye members playing. 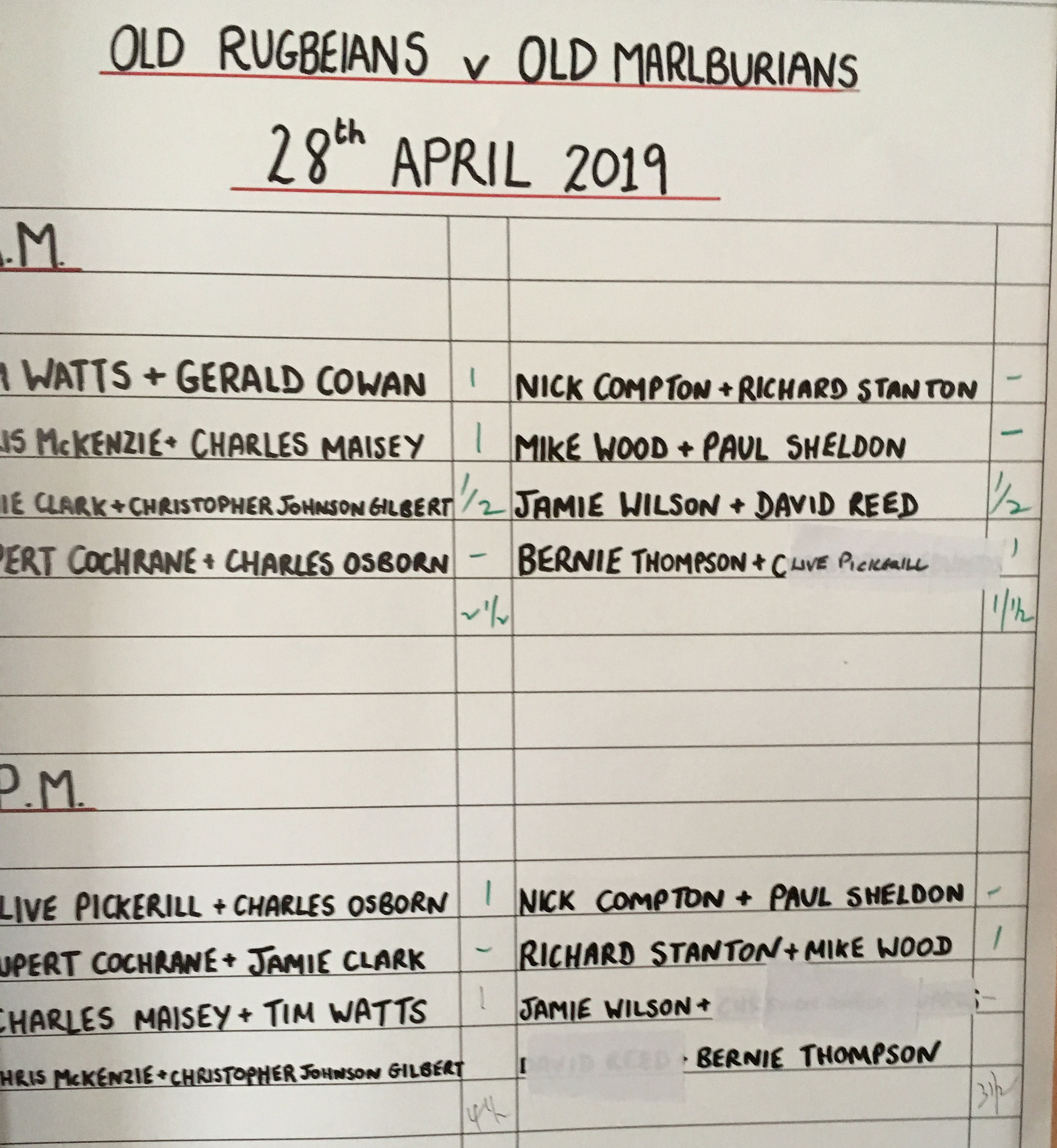