The last match against the London Solicitors Golfing Society took place back in March 2019. It was wonderful to arrive at The New Zealand Golf Club under a deep blue sky on Monday 4th October 2021 to rekindle this fixture at a new venue having moved from Woking Golf Club.

Coffee and bacon sandwiches were very welcome for many including the Hon. Secretary & co-organiser (with Eleanor Evans) who had traveled down from Sheffield in the very early hours to play. Just before 09:00 the first match set off for 18 holes played in warming temperatures under almost clear skies with light clouds gently building. Under three hours later the 5 groups were safely back in the Club House with a 3.5 to 1.5 lead as everyone enjoyed a fine carvery lunch in the welcoming dining room.

The afternoon matches began with brisk play in an attempt to avoid incoming rain showers. Sadly, the rain arrived earlier than those playing would have hoped and was heavier and more persistent. Groups made their way back to the Club House for hot tea, sandwiches and cake before departing.

The final result was a 5:5 draw and we will once again come together at The New Zealand Golf Club on Friday 18th March 2022 for this fantastic fixture.

Our thanks must go to all at The New Zealand Golf Club for fabulous food, their incredible hospitality and an outstanding course that was a joy to play. It really was a golfing paradise for that first 18 holes! 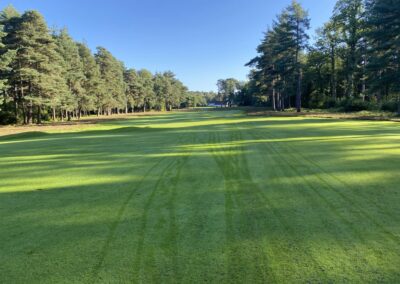 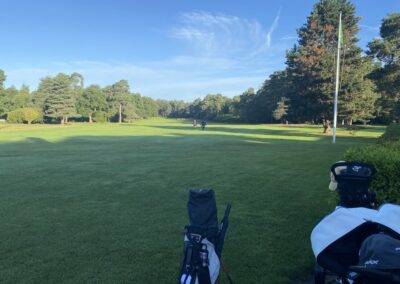 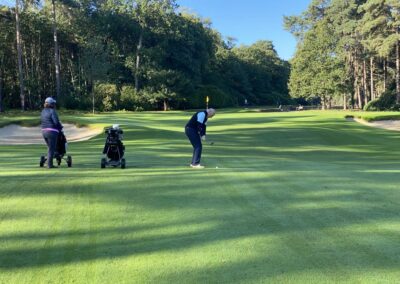