Under the firm but brilliant direction of Colin Passmore (to whom we owe a big “thank you”),11 male Rugbeian golfers and 1 female Rugbeian golfer assembled in order to accept our regular humiliation at the hands of our wonderful friends at Royal North Devon.

Tuesday afternoon saw us thrashed in pouring rain (with only Tim Watts and Tim Stubbs recording a point); and Wednesday morning witnessed a repeat performance (with only Jock Fraser and Robin Staunton troubling the scorer).  This was not just due to weak golf by us; because some of the golf thrown at us was unreasonably good. For example, the “heavy brigade” (selected on weight by Passmore) comprising Charles Walker & Hills were opposed by two men from the wild west who must have been very nearly on par.  These Devonians play a lot of golf on a course which requires a certain amount of local knowledge and they are very difficult to beat – and reluctant to be beaten !

But they are lovely people and their hospitality is exceptional as was the dinner (involving perfect beef) which we enjoyed with them on Tuesday and the lunch (sea bass of quality one rarely ever tastes) after golf on Wednesday.  Enormous thanks are due to Dick Ford and his team and to the management and staff at Royal North Devon.

Needless to say after dinner on Tuesday evening there was some prolonged liquid “relaxation” in the Seagate Hotel where most of us were billeted.  Much of the conversation was incoherent and some of it seemed to be conducted in a semi-comatose condition. None of it is worth recording and this probably didn’t help Wednesday’s performance on the links. But it was gratifying to hear that at least one of the opposition had so muddled his arrangements with his wife about collecting him after dinner that he was observed proceeding home on foot over the Torridge Bridge. It is not only Rugbeians who are capable of over-training.

The prize for most noise was shared between Fraser (when he as awake) and Rebecca Garner; and there was a dead heat involving all Rugbeians as to who ate the most roast potatoes (another delicacy from the Royal North Devon caterer).

We look forward to entertaining 8 of our western friends at Rye in November. The match manager for that event is trying to muster a strong team of Rugbeian Rye members which may well mean that he will be relegated to the subs’ bench.

Rebecca has taken some great pictures which for some reason display some very florid complexions. 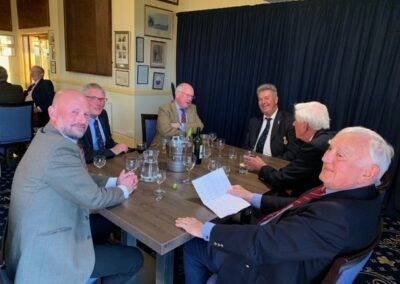 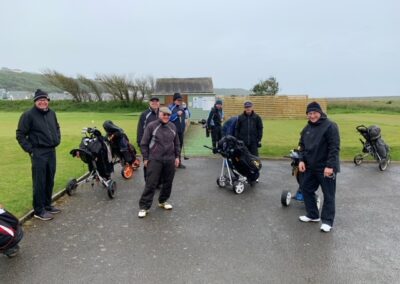 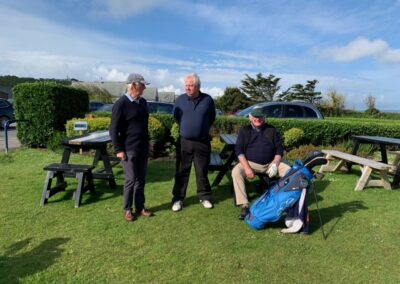 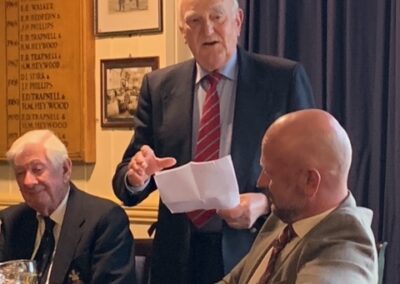 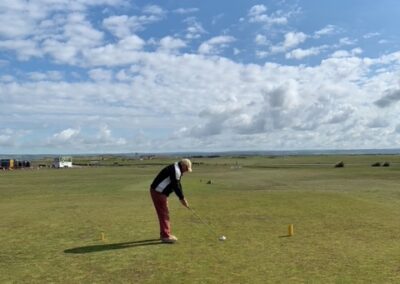 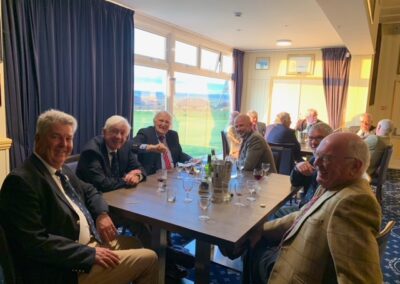 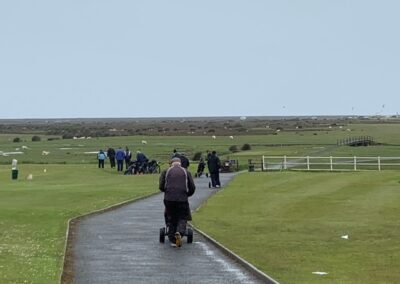 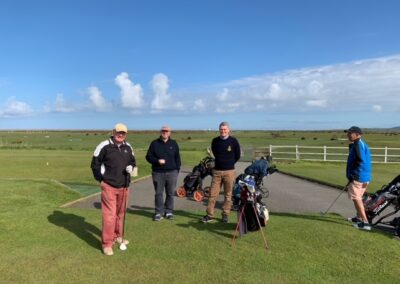 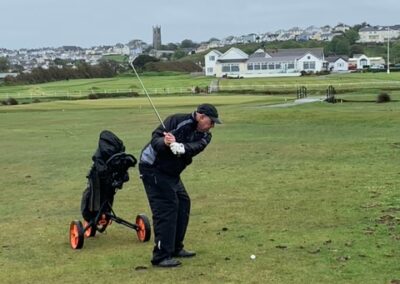 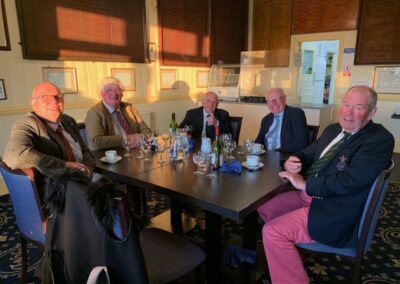 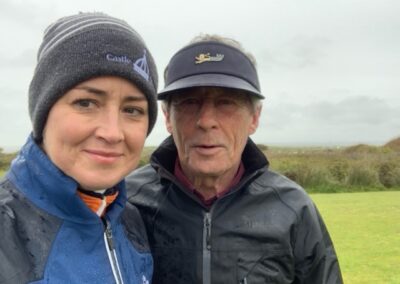 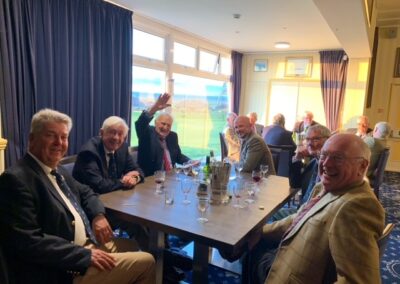 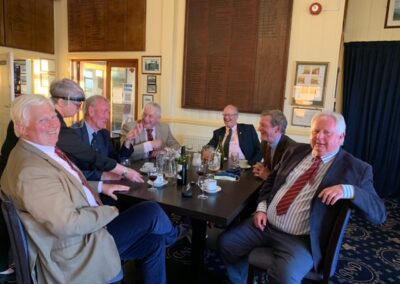 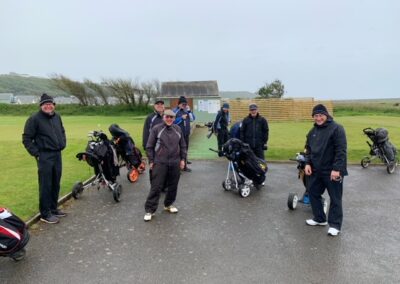 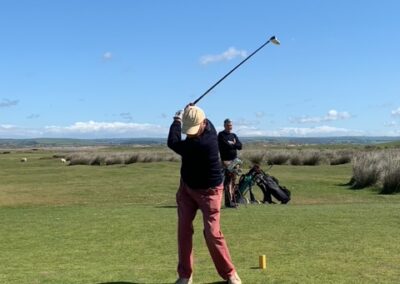 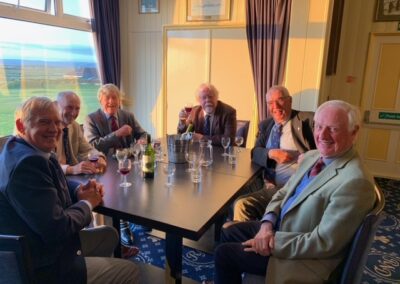 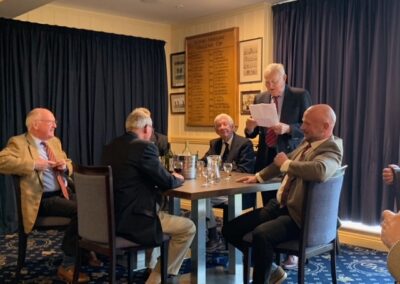 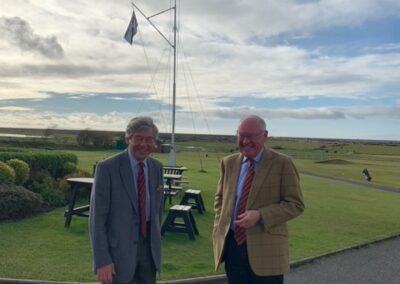 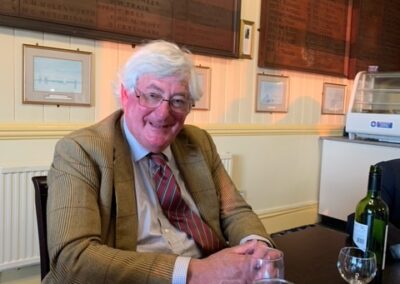 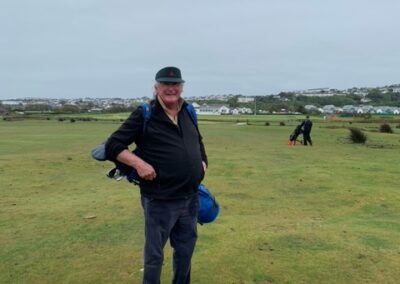 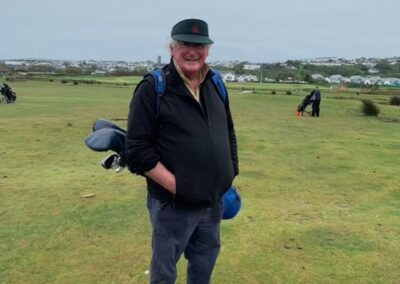 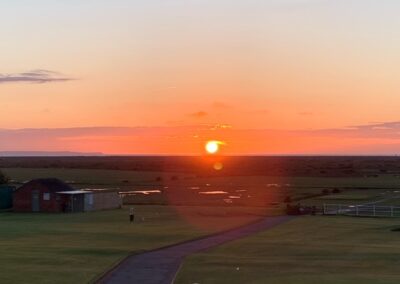