This was a year for records in the annual contest between the ORGS and Royal Porthcawl which resumed on Monday 6th & Tuesday 7th September; a record number of players, a record bar bill, and surprising given the former, no recorded ‘lost time accidents’.

What a treat the weather and Golf Course served up for all protagonists involved. After a sea fret, generally a portent of fine weather had cleared early into the first round on Monday afternoon, we were treated to the most marvellous golfing day with no wind to speak of, clear blue skies, coast and hill vistas from every hole, and a course in remarkable condition considering the recent maintenance schedule.  This was bettered by the second-day conditions, and the view from the first tee across towards the Gower peninsula on arrival in the morning was simply stunning.

The golf was not that easy despite the good conditions, with penal rough this year as at many courses, keeping a strong emphasis on the requirement for even straighter hitting.  Porthcawl is a great test of golf in a spectacular setting and with the sea visible from all 18 this really is a prestigious venue that has and could play host to major golfing events, if not The Open championship itself.

Indeed the view of the beach and sea from the club balcony proved too much of a temptation for Guy Steele-Bodger who took the plunge post-golf, a common activity for club members.

Both rounds were highly competitive with lubrication at the halfway house amply dispatched, and despite an honourable tie being declared between match managers prior to ‘kick-off’ apparently, this information had thankfully not been declared to either side. There was some conjecture over the first days’ results with the general consensus that this was indeed an honourable half, however, the second day was a genuine 3½ / 3½ result meaning a tied match declared.  There were some notable contributions in golfing terms but worthy of being singled out, as one of the great sporting comebacks at least, was our match manager;  having been authoring his own golfing obituary after the first days’ play he returned like a ‘Links Lazarus’ on day two to record a victory alongside Bertie Garforth-Bles.

If the course and weather were brilliant, even better was the clubhouse and hospitality of our hosts including the club secretary John Edwards. Starting with a sandwich lunch with plenty of drink a very enjoyable dinner in the evening followed, which was enhanced by the fine singing voice of Peter Owen, the home team’s leader, who has performed with the BBC Welsh Choir in the Albert Hall and internationally. The ORGS responded with an unrehearsed rendition of The Floreat in Latin, and a song about Crows (Craws) sitting on a fence from Jock Fraser,  who also had the team (most notably the author) giggling and unable to concentrate on the first tee the following morning.  Needless to say, neither The Floreat nor The Crow (Craw) song met the lofty standards of our host but received (overly) generous applause nonetheless.

After dinner, there was refreshment in the panelled bar and with the exception of a minor head wound to the President-elect at the time, now President, all OR’s made it back to their respective digs be it Dormy House or Green Acre Motel unscathed.

This was a wonderful match with charming and hospitable hosts.  What a truly great golf club Royal Porthcawl is.

This fixture has historically followed a “dead man’s shoes” policy and this year’s team, numbering a record 14, it has been assured by the club can grow no more. The match manager, Nick Hills, does however retain selection rights so register an interest! 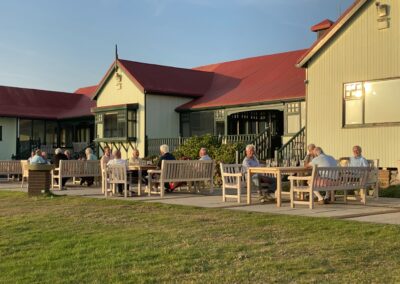 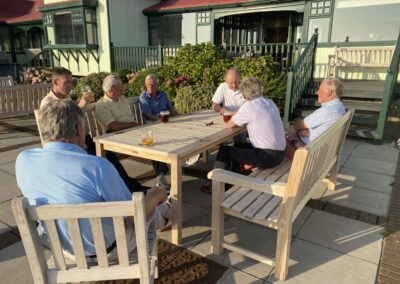 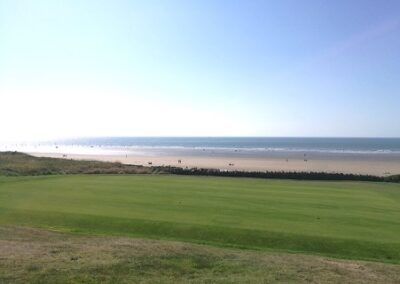 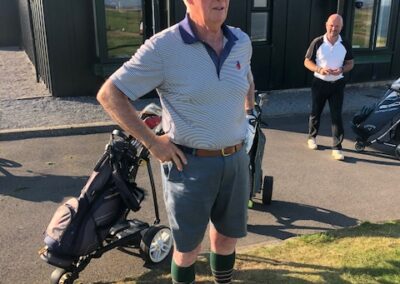 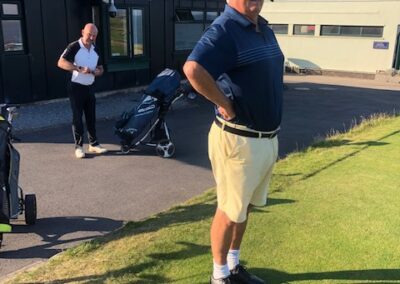 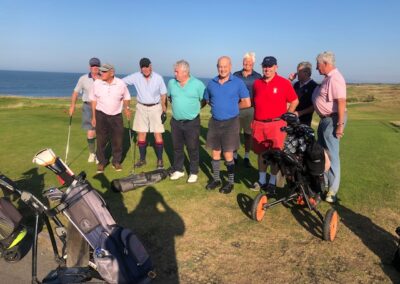 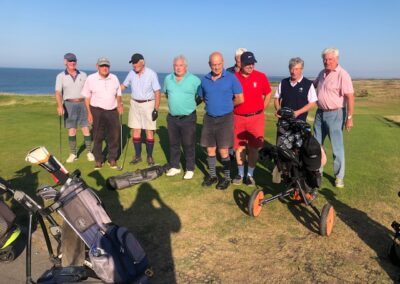 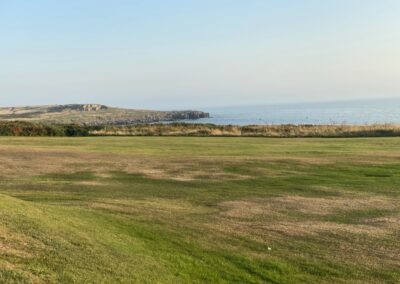 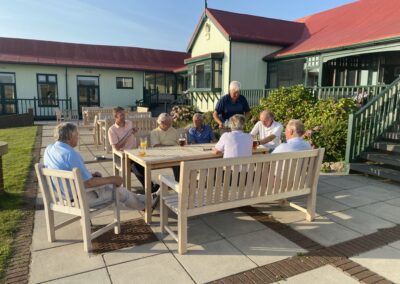 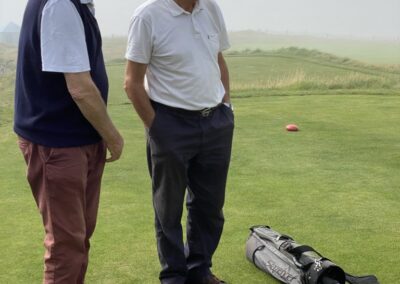 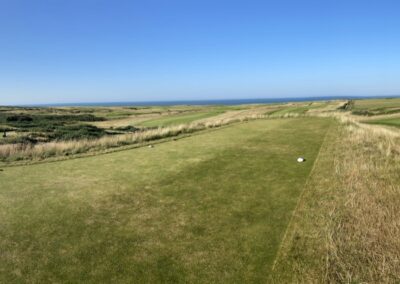 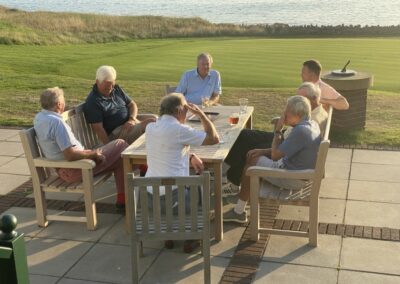 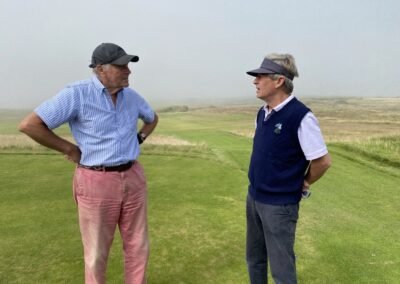 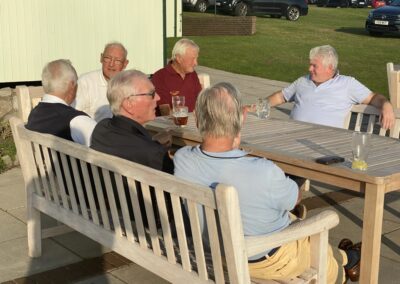 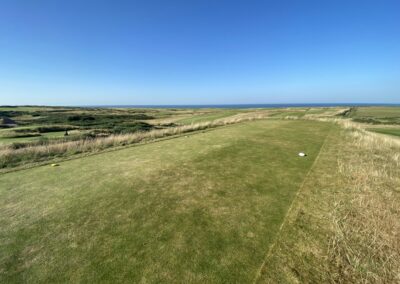