Members of the Club will be very saddened to hear of the death of Jeremy Barron who is credited in the Illustrated History of The Old Rugbeain Golfing Society as having started the South-West Meeting in 1988 having migrated to Devon. For the first few years, it was played at Thurleston, before St. Enedoc and then to Saunton.

Rory Browne (K 2007-12), a stalwart in the Rugby Halford Hewitt team, surpassed all his many previous achievements as an elite amateur golfer reaching the last 32 in the British Amateur Championship at Nairn in June. With rounds of 79 and 67, he qualified in 40th place for the match play field of 64, winning his first-round match, then losing on the first extra hole in the round of 32.

Rory, who came to golf during his time at The School and captained our last winning team in the annual inter-schools Micklem Trophy in 2012, is a leading member of the Berks, Bucks and Oxon County team, playing amateur golf at the highest level. His performance in The Amateur was the best by any Rugbeian since Michael Attenborough (K 1953 to 58) reached the last 16 at Formby in 1967.

Under instruction from Peter Mason, Antony Aitken, Nigel Turner and Charles Maisey assembled for a glass of wine and sandwich lunch at Royal Worlington on 1st October. The host had randomly selected a strong home team of himself and Turner to take on the visitors. They may have initially wondered what was in the sandwiches as Aitken and Maisey achieved a degree of ascendancy in the first few holes. However, a combination of Sunningdale Rules and the unending challenge of this great course pegged the match back to the point that the home team were dormie as Mason and Aitken stood on the 18th tee. Maisey had the easier second shot to the green, which left Aitken with a 4-footer for a birdie and a halved match. A perfect result.

With much gratitude expressed to Peter for his generosity and for his foresight in picking an almost dry afternoon before storm Alex, a rematch was unanimously agreed. 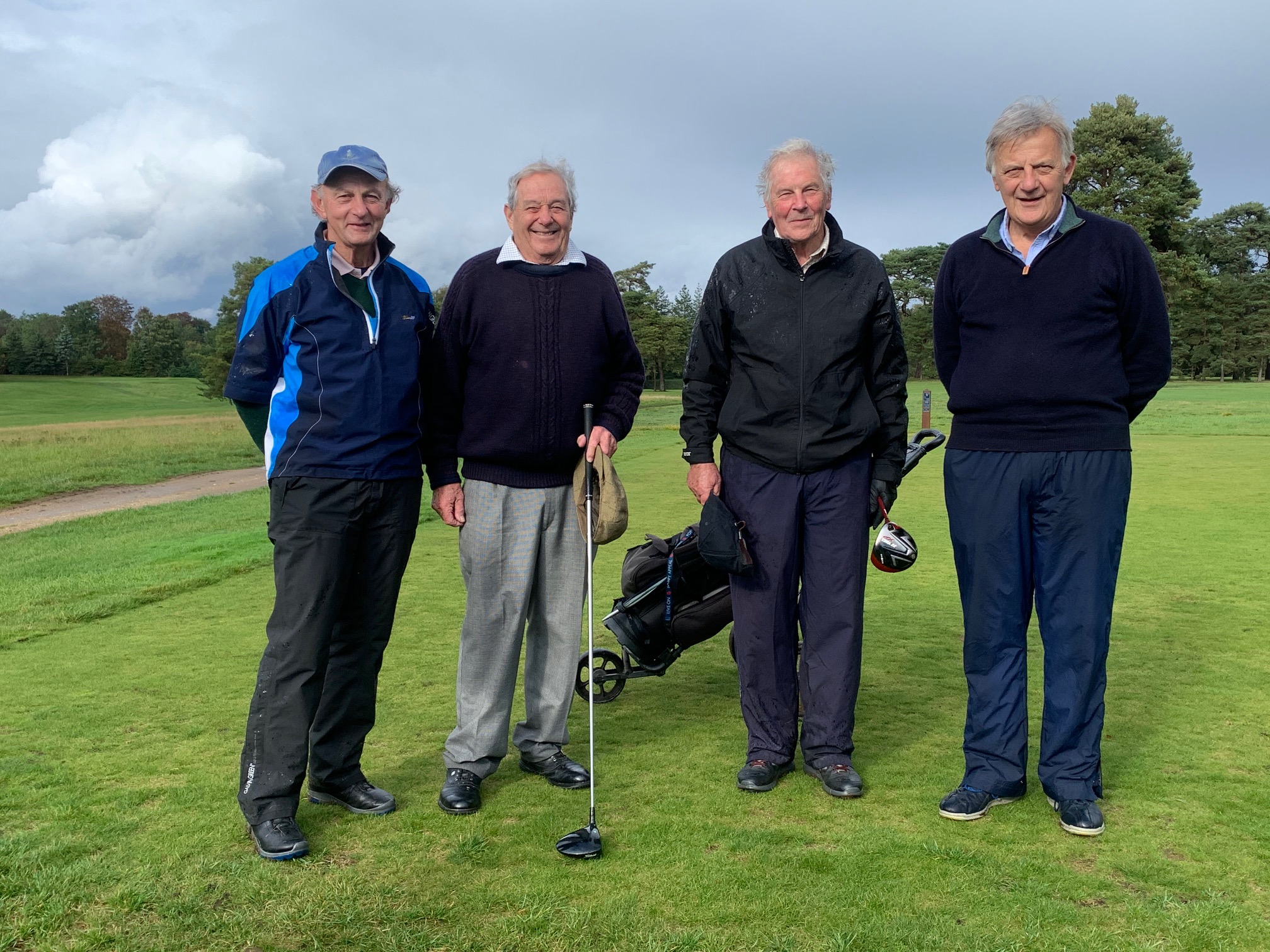 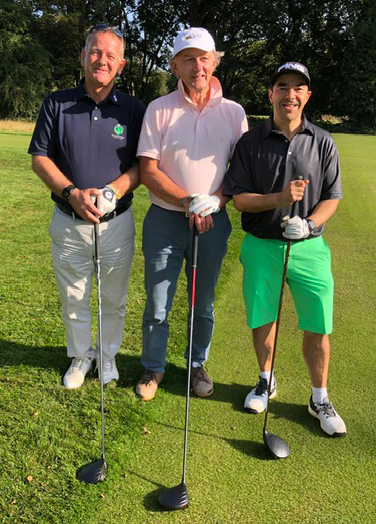 Despite the various difficulties experienced as a result of the Covid outbreak, the Rugbeian Golf Society having had to postpone or cancel most of 2020’s formal matches, is trying keep OR’s connected where possible.

Most clubs are now Covid aware and compliant and more importantly are allowing guests and visitors albeit on a generally smaller scale.

In a tight match, in warm sunny but testing windy conditions, the Captain managed to come third out of three, with Mark Abrol accumulating 29 points the winner, mainly down to taking the ‘’expert’ advice given by Tadmarton member David Clews.

If other OR’s are organising predominantly Rugbiean golf matches, the Society would love to hear from them. 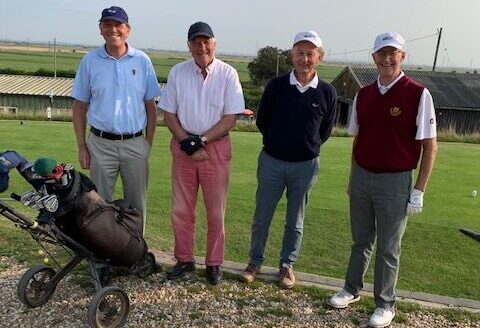 14 September 2020: With the Autumn Meeting and Annual General Meeting unable to take place at Rye Golf Club this year it was wonderful to see that four Rugbeian Golfing Society members (Pickerill, Aitken, Maisey C & Stanbrook) still managed to enjoy a day at Rye in wonderful weather.

As the Captain noted “The company, weather and even the golf achieved heights of enjoyment which made up in a small measure for the realisation that we were golfing when it should have been the RGS autumn meeting.

The conclusion was less about the three halved matches and more about wanting to do it again!” 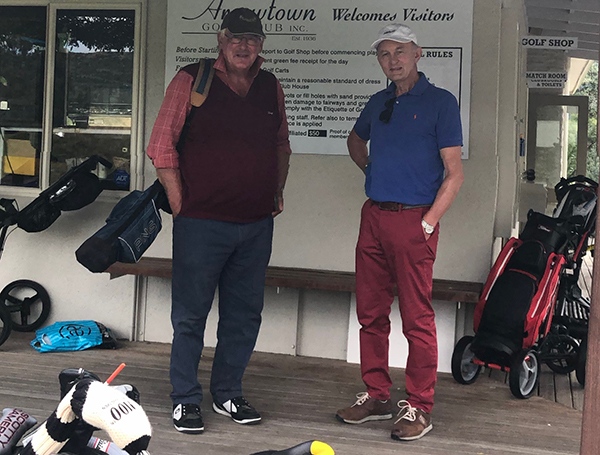 Nick Hills and Charles Maisey playing in New Zealand in early 2019.
Is the the furthest from the School that any Rugbeian Golfing Society game has been played?

Members of the Club will be very saddened to hear of the death of Sir Hugh Neill, who died peacefully at home on the night of Sunday 5th November 2017. He was 96 years of age.

Sir Hugh was elected a Member of The Royal and Ancient Golf Club of St Andrews in 1958, and was Captain of the R&A Club in 1981/1982. Prior to his death he was the senior Past Captain according to his year of office. He was also Captain of Lindrick Golf Club in 1964 and President from 1985 to 1987.

At the R&A, Sir Hugh served on the General Committee, Championship Committee, External Funds Supervisory Committee (golf development), and the Finance Committee as Chairman. At the 1978 Autumn Meeting he won the Pine Valley Plate (lowest net handicap score returned by a Member 55 years of age or over).

Sir Hugh is survived by his wife Anne, their son Michael, and daughters Jill and Sue from his first marriage to June Margaret Shuttleworth who died in 1980.

Following a Private Family Funeral, a Service of Thanksgiving will be held at 2.30 p.m. on Thursday 14th December 2017 at Sheffield Cathedral.